Last Thursday was Bingo night at the girls' school.  It's so much fun!  They have a pizza dinner before and then it's game time.  When the kids get a bingo they get to pick out a prize (if a grownup gets one they usually let their kid pick a prize).  Olivia got one and got a cute notepad with a giraffe.  Then for the final blackout Bingo at the end the give at $25 Amazon gift cards (there usually ends up being multiple winners) and Kayley won one! 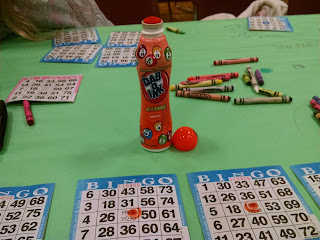 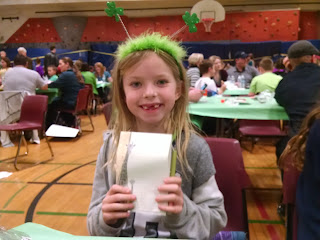 Olivia won a prize (and it was St. Patrick's Day) 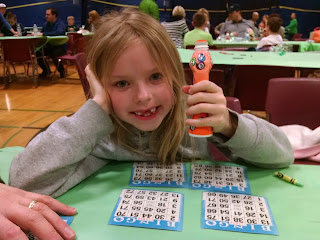 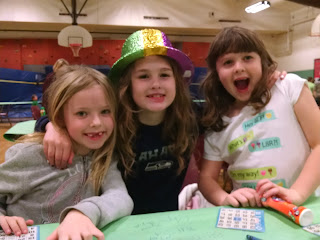 The girls and a friend


Then Saturday the girls each had a Girl Scout cookie booth sale at a grocery store.  Our troop always does it in pairs, so last year the girls just did it together but this year they each did it with another scout friend, so Kayley was first from 12-2 and then Olivia was next from 2-4.  Paul and I took turns being with them so neither of us would have to be there the whole 4 hours. 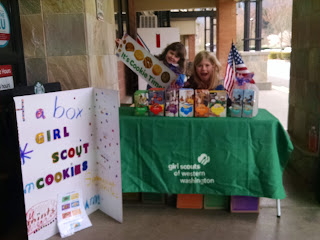 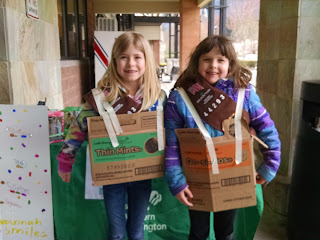 
Today we continued working on the girls' separate rooms.  We painted last weekend, so now we're just trying to get all the furniture put together and arranged and what-not.  It's coming along, but we have a ways to go.  We still need to purchase book shelves and desks for each room, as well as curtains and wall art and other finishing touches.  I'm waiting until it's done to take pictures.
Posted by Jill at 9:34 PM