Our family vacation this year was to the great state of Texas.  A good friend of mine, Jerri, moved to Austin 6 years ago and I've been wanting to go visit ever since but we can only go so many places per year (like, one, plus Crescent Bar and maybe camping) and it's usually somewhere like Mexico or Hawaii or last year's awesome Caribbean cruise.  So with all that out of our system we finally went to Texas this year.

We are Worldmark owners, so the first thing we did over a year and a half ago (because at that time we already knew we were going to do the cruise in 2017) was look to see if they had any resorts near Austin or San Antonio.  Turns out they have one in Austin and New Braunfels and maybe some others in the vicinity, I can't remember, but we ended up staying in New Braunfels which is roughly half way between Austin and SA (a teeny bit closer to SA).

We flew in on a Saturday, picked up our rental car and drove to our condo, stopping at In N Out burger for dinner.  I had never been and had been dying to try it for years so I was really looking forward to it.  The burger did not disappoint, but the fries were awful.  Anyway, we got settled into our condo, which had a really cool upstairs loft area, and then went swimming.

On Sunday we had planned to go to San Antonio to the Alamo and Riverwalk, figuring that would be the best day to drive down there to avoid traffic, but Jerri really wanted to go to the water park in New Braunfels (Schlitterbahn), so we did that instead and she drove down from Austin and went with us.  After spending the day there we went to Black's BBQ which had just opened a new location close to our condo. 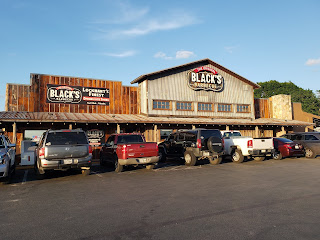 On Monday we went to San Antonio.  We went to the Alamo first, and then to the Riverwalk for lunch and a boat ride.  The Riverwalk is SO cool!  I totally felt like I was in Europe, not that I've ever been but whatever.  We had awesome Tex mex for lunch and then went to Ripley's Believe it or Not Odditorium. 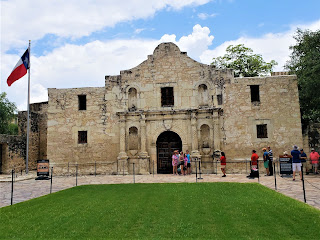 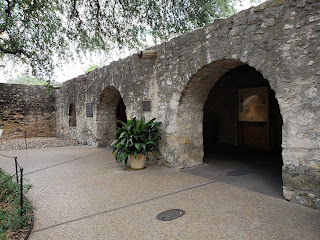 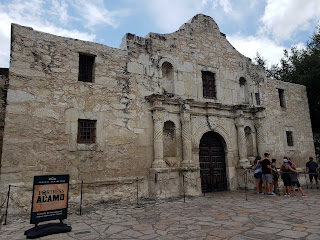 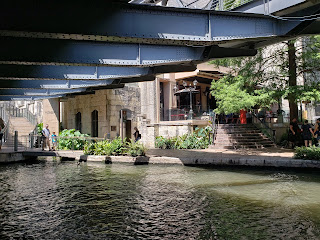 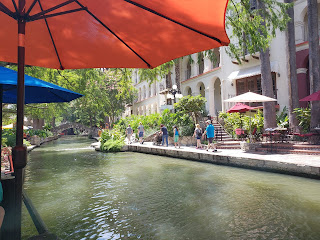 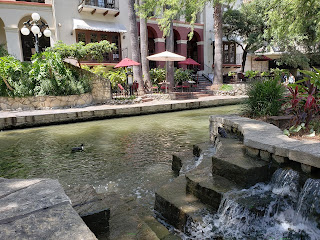 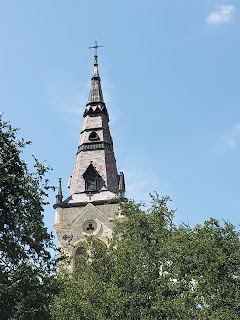 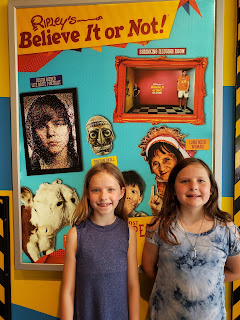 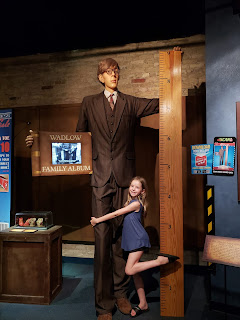 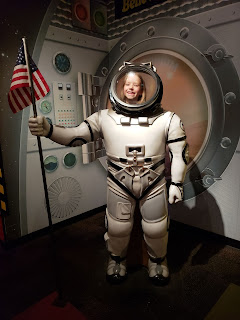 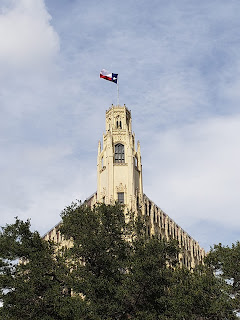 On Tuesday we went to SeaWorld.  Paul asked about a military discount, and we ended up getting in FREE!  The whole family!  I was expecting like a $5 or $10 discount for just him!  We saw 3 shows (Beluga whales/some sort of dolphin (not bottlenose), Killer whales, and my favorite, sea lions) and rode all the big roller coasters.  The girls were even brave enough to ride the big twisty, upside-down one!  I was so impressed! 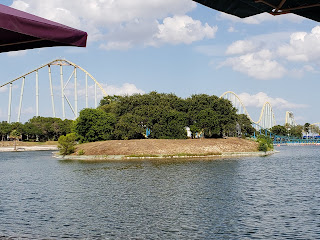 We rode that and others

One of the girls' friend's family also moved to Austin last year, so on Wednesday we drove up to their brand new house and hung out with them at their community pool.  Then we went to a different BBQ place, Salt Lick, which I liked a little better than Black's.  The girls then had a sleepover with their friend while Paul and I drove about 40 minutes north to Jerri's house.  We had hoped to have a grown up night on the town but it was getting late and Jerri had to work the next day so we just hung out at her house and spent the night there, since we were maybe going to go to Waco the next day and we would be closer.

On Thursday morning after Jerri left for work Paul and I went out for a quite breakfast date, then it was back down to our other friends' place to pick up the girls.  The original plan was to then head to Waco to see the Magnolia Market at the Silos and all the fixer-upper stuff and Jerri was going to get off work early and come with us, but it was just a bit too far, especially since we'd be getting a late start, so instead she took us all around Austin, culminating with dinner at the Oasis, a super cool restaurant on a cliff overlooking Lake Travis, which is part of the Colorado river.  There are some other restaurants and shops there, too, and I would have loved to explore more but the girls were super tired that day, having not gotten much sleep at the sleepover. 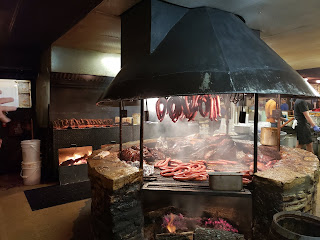 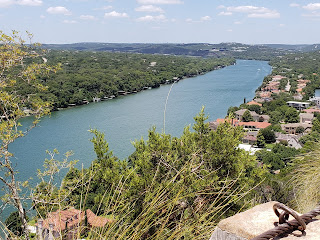 Some overlook on the Colorado River 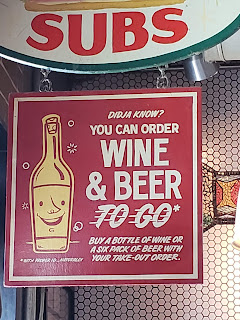 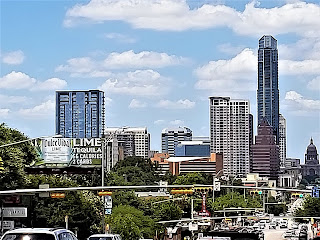 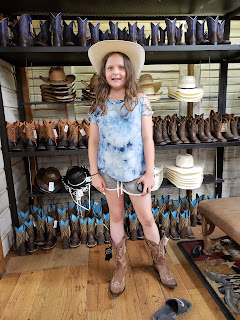 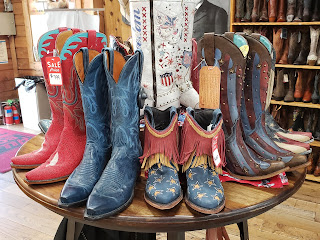 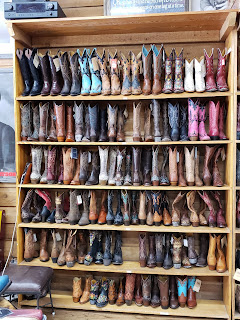 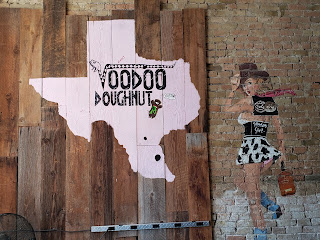 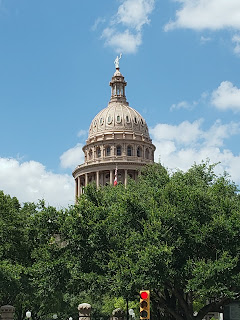 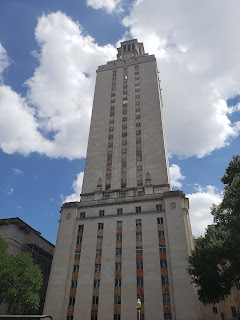 That tower at the University of Texas 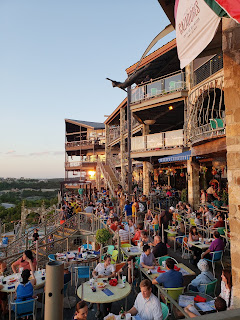 Dinner at the Oasis 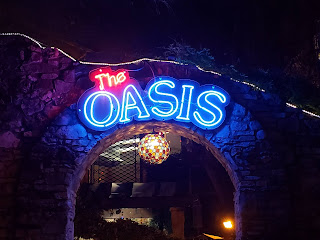 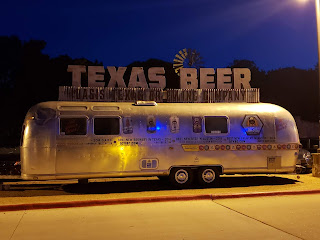 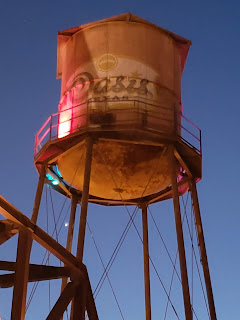 We spent Thursday night at Jerri's again, then on Friday we took off for Kerrville, about 2 1/2 hours away.  There is a town on the way called Fredricksburg that is a cute little German town with really cute shops and restaurants and what-not, and we stopped super quick just to grab a gift for my aunt and uncle (salsa and jam).  I would have loved to spend an hour or two exploring that town but we didn't have time.  We finally made it to my uncle's place around 2:15.  I hadn't seen them since 1997 at my grandma's funeral, I think, so it was SO nice to see them!  We had a late lunch and just visited for a bit but we had another long drive ahead and the girls were getting restless so after being there a few hours we left to go back to New Braunfels, about 1 1/2 hours away.  We got pizza for dinner and called it a night.

Saturday we checked out and drove to the airport where Jerri picked us up (our rental car was due back several hours before we needed to be at the airport so thankfully she was available to hang out with us some more).  She took us to Barton Springs Pool, a really cool spring-fed swimming hole.  It was one of the main things we wanted to do there so I'm glad we got to fit that in.  After that, we had lunch at an Italian place downtown then she dropped us off at the airport.  It was a whirlwind trip but super fun!