The Week Between Christmas and New Year's

On the day after Christmas, Paul and the girls went to his parents house, spent the night and then went skiing the next day with his sister who was visiting from Colorado for the holidays.  I had the day after Christmas off but had to work Thursday and Friday, so I couldn't go (not that I would have necessarily wanted to anyway-rental ski boots are not kind to me).

Friday night we had a few friends over for a game night.  It was so fun.  We all had a great time and vowed to have more in the future, alternating houses.  We already have the next one scheduled a few weeks from now. 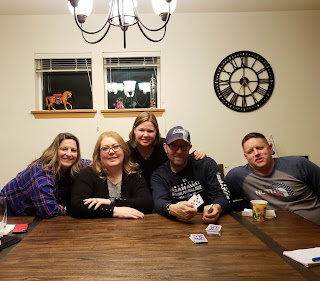 On Saturday we took the girls to Enchanted Park for their Christmas lights and rides.  It's a theme park with rides in one part and a water park in another, the water park obviously being closed this time of year.  In December they put up all kinds of cool light displays.  We lucked out because it had been raining pretty good all day so we weren't going to go even though it was the last day to use our tickets, but we went out to dinner and after that the rain had let up so we decided to just drive down there and take our chances and the rain stopped and we were able to go and have a great time and it wasn't crowded at all, probably because the earlier rain had scared people away. 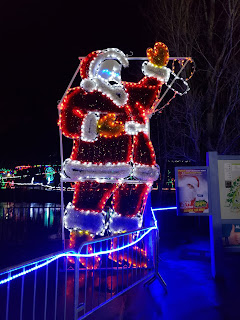 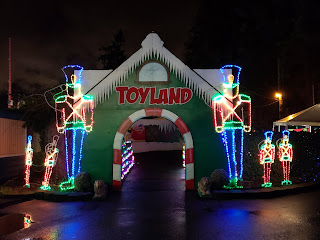 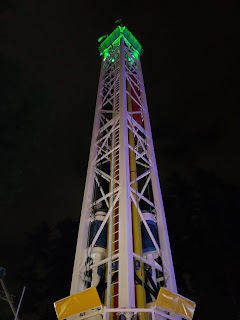 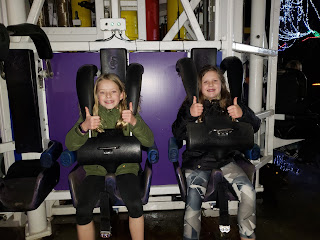 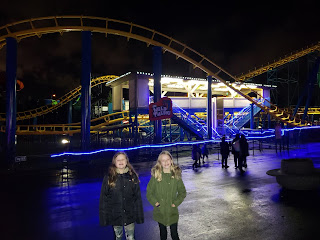 On New Year's Eve we did our usual party at our friend's house down the street.  This was the 7th year we've done that.  This year she invited a few of our other friends that she met through me. 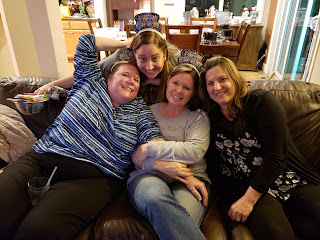 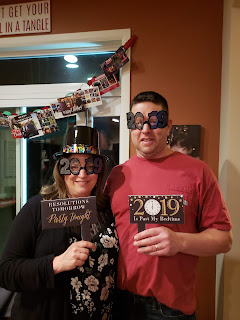