The girls had their first dentist appointment today and they both did great!  The got their teeth cleaned and flossed and Kayley even got an xray because she has one tooth that never came in, but the permanent one is there and should come in normally so we don't have to do anything.  The dentist suggested doing something fun afterward, and making that part of the routine with every visit so they have something to look forward to, which I had been thinking about anyway.  I kind of wanted to go to Starbucks for a pumpkin spice latte but didn't want them to have anything, especially sweets, right after their appointment since they had some flouride stuff painted on their teeth and were supposed to wait awhile to have anything to eat, so we went to the library instead, and then to the grocery store (thrilling, I know).

In other news, the girls got a new bike.  They had one "big girl" bike already, that was a hand-me-down from their friend Lindsay, and until recently Kayley was the only one who could ride it and Olivia would just ride her trike, but now they can both ride it great and they've been having to take turns which has been a huge pain and they fight over it all the time.  I knew there was no way we were going to survive until Christmas so I broke down and bought another bike a few days ago.  I thought that they would still fight over who gets to ride the new one, and they do a little bit but not too much, thank goodness. 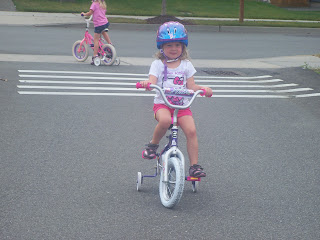 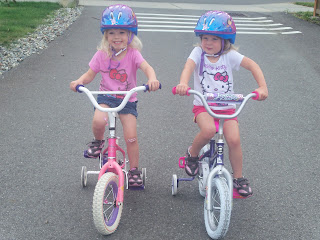 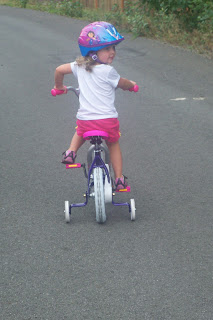 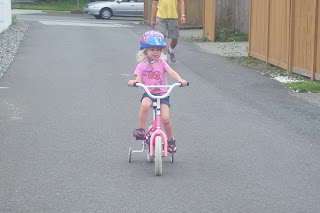