Yesterday the girls turned FOUR.  Four.  I can't believe it.  We had their party on Saturday.  Our camera battery died as I tried to snap the very first picture of the day, so I had to charge it for awhile and thus didn't get very many pics, but then again I never do anyway because I end up giving up after the umpteenth attempt to get them to either sit/stand still and/or look at the camera and/or smile normally. 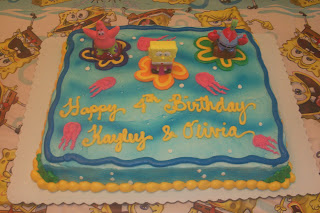 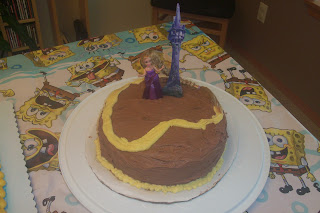 and Olivia picked Tangled.
I made this from scratch, and tried to do "hair" with yellow frosting. 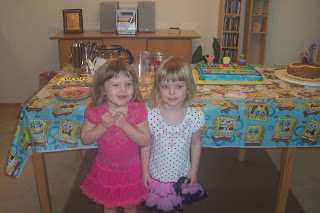 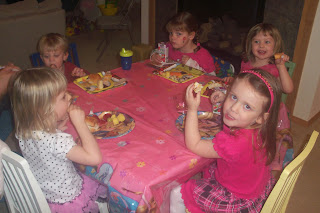 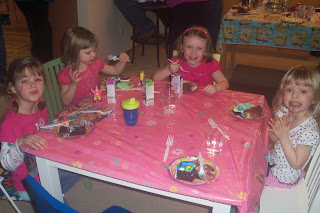 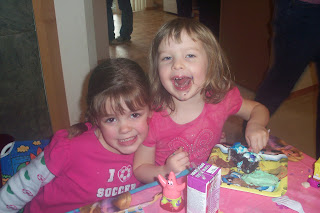 Kayley posing with her BFF, Lindsay 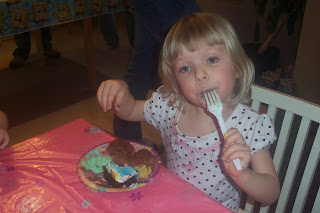 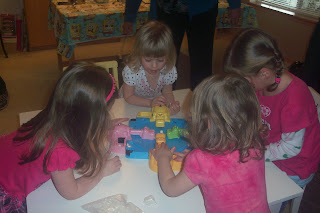 Playing Hungry Hungry Hippos, and driving the grown-ups nuts with the noise!

Yesterday, Paul took the day off and we took them to lunch at a pizza buffet, then to their Dr. appointment, where they had 3 shots...on their birthday.  In hindsight, I shouldn't have scheduled their appointment on their actual birthday, but I guess I just took what was offered without asking about a different day.  In the future I'll make sure not to do that, but then again, they don't need any more shots (except flu which they get in the fall) until they're 11.

Anyway, after their appointment we went to the Children's museum.  It ended up being a fun day, with the exception of the shots, of course.
Posted by Jill at 8:26 AM