I can't believe I have yet to blog in 2014.  I think this is my longest drought since I started blogging a little over 5 years ago.  It's just hard to find time even with the girls in Kindergarten, there's always so many things I want to do with that 4-hour chunk of time.  Anyway, here's what's going on.

The Seahawks are going to the SUPERBOWL!  Yay!  I'm super excited.  I've been a huge fan since the early 80s (they started in '76 but I was only 7 and didn't care about football, but came around when I was in Jr. High) and this is only the second time they've ever made it and the first time (2006) they lost due to some bad calls.  Here's a cute video someone posted on Facebook.

We'll be watching the game at the same friends' house we go to every year.  Usually all the women hang out downstairs while the guys watch it upstairs and it's hard to actually watch the game because they're all talking and what-not, and usually I don't really care because I'm mostly just interested in the commercials, but this year is different.  With the Seahawks being in it I really want to actually watch the game plus I really want to experience it with my husband, not in a separate room, so I may have to hang out upstairs with the guys for at least some of the time.  But I think even the women will be more into the actual game this year anyway with the Seahawks being in it, so we'll see.  I bought t-shirts for me and the girls (Paul already has one plus a sweatshirt) so we'll all be decked out.  I can't wait. 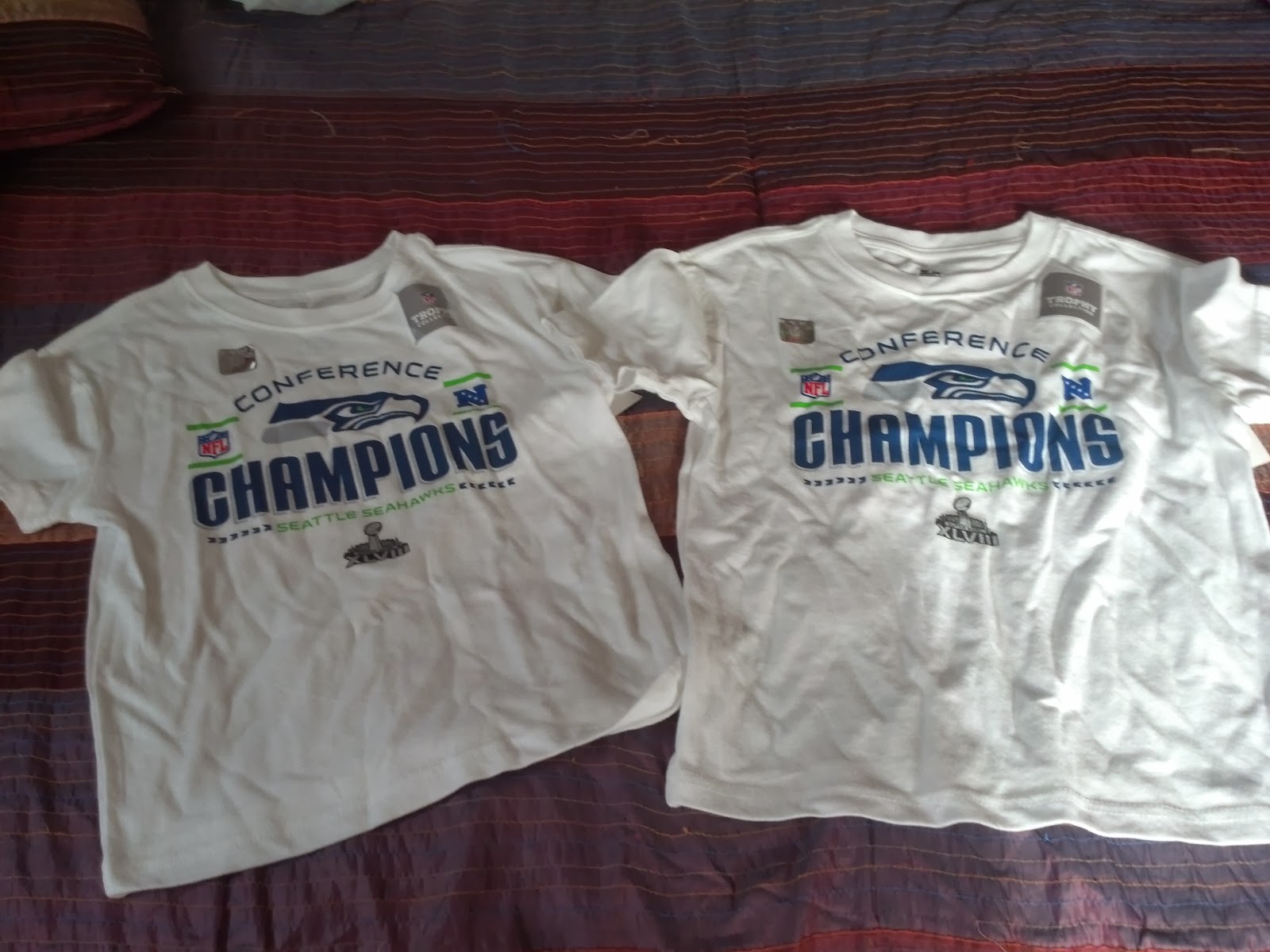 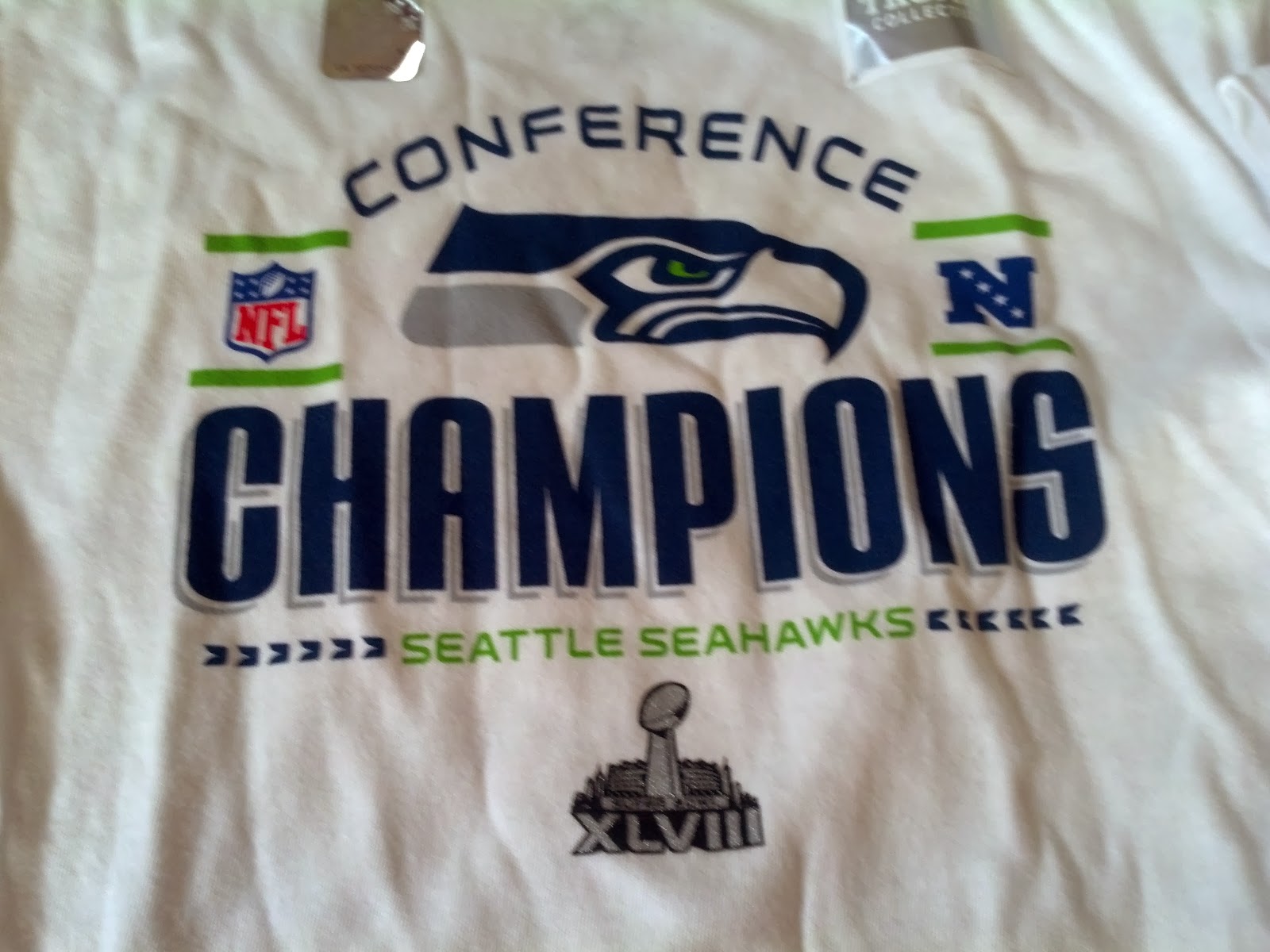