This has been kind of a weird summer.  Here we are 8 weeks in and I have yet to DO anything with the girls, like the spray park or a beach or whatever.  Every single one of my 2 days off per week have been spent either packing to go somewhere or already being somewhere (that, of course, counts as doing something but I just mean I have yet to take them anywhere while we're home, other than going out for frozen yogurt after their dance camp performance), with the exception of week 2 when I had a bad cold and couldn't go anywhere.  Tomorrow and Friday will be the first time all summer that I can finally take them somewhere!  I don't know what we're going to do but I'm just glad we can finally do something!

The girls had Frozen Dance Camp.  The girls danced to some of the songs from Frozen, made a cape and a tiara, and listened to the Frozen story (as if they didn't already know it like the back of their hand!).  They had an awesome time and my super sweet friend/neighbor volunteered not only to drive them to and from, since I'd be at work, but also to keep them the rest of the day until Paul got home!  She did that Monday through Wednesday and then I was off on Thursday, which was the last day and they did a little performance for all the parents so I was able to go to that.  They had 3 friends that were in the camp with them.  The one whose mother drove them, and then their other good friends down the street (sisters).  We all went out for frozen yogurt after the performance (see, I guess we did go somewhere!). 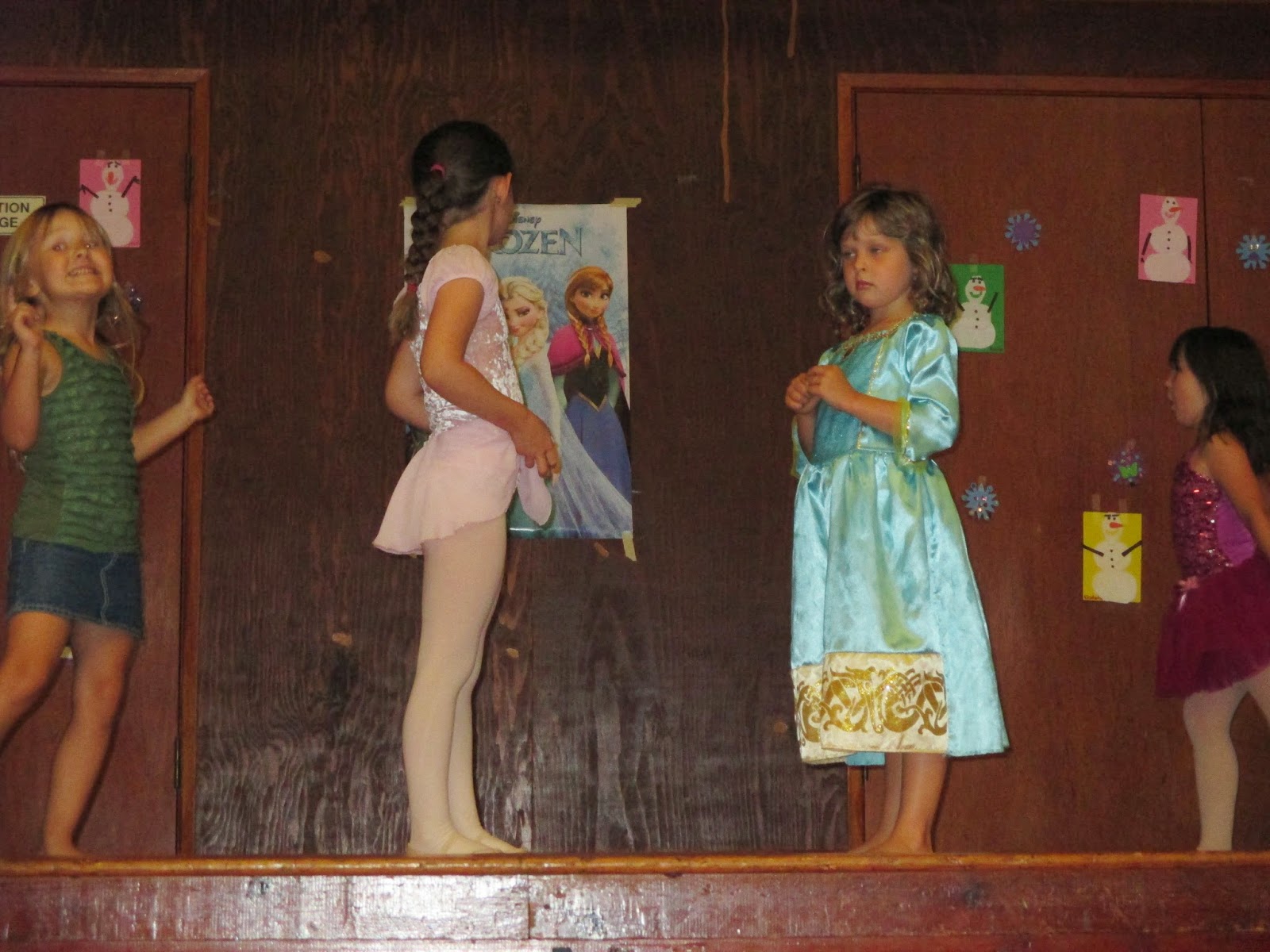 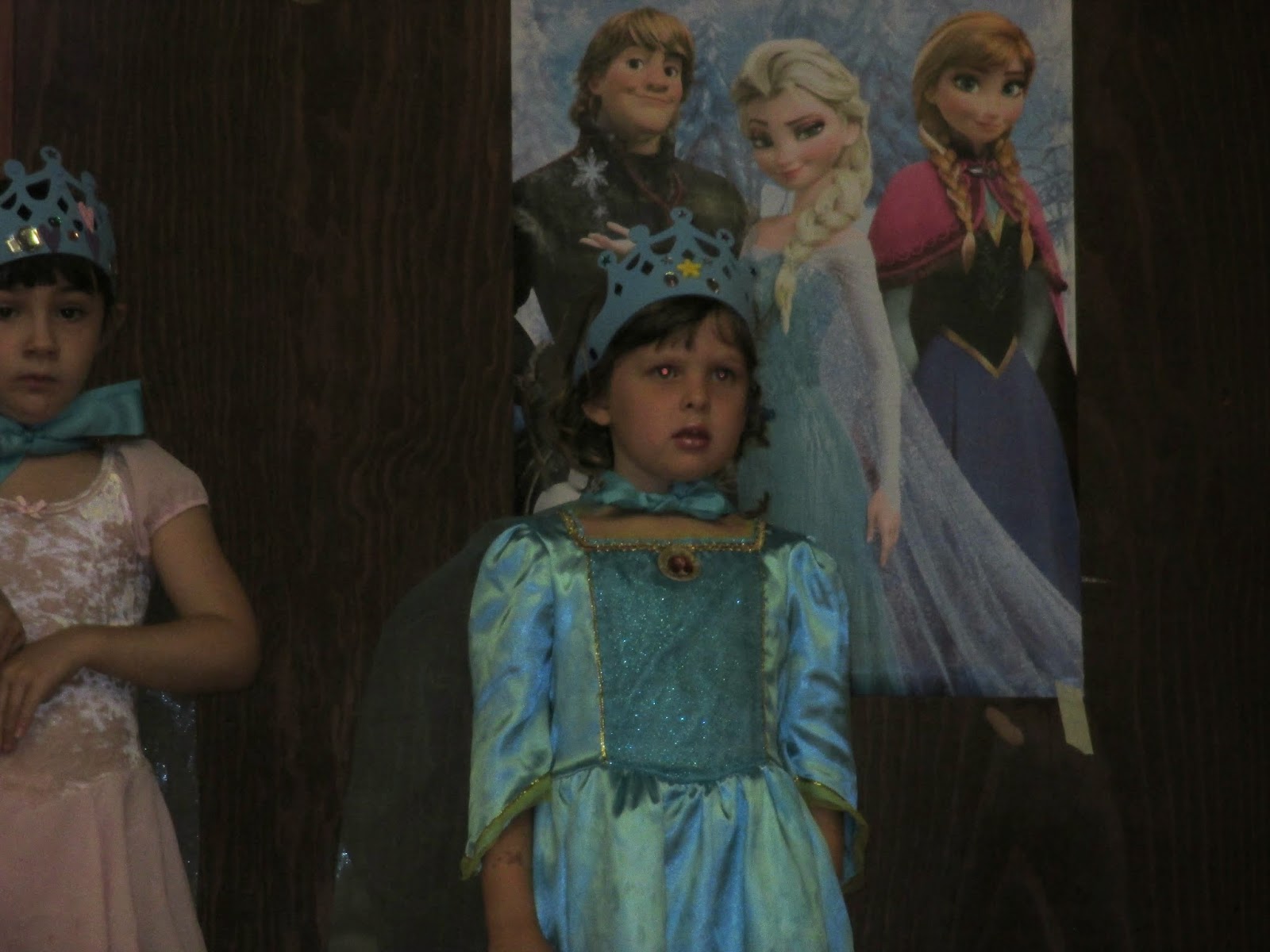 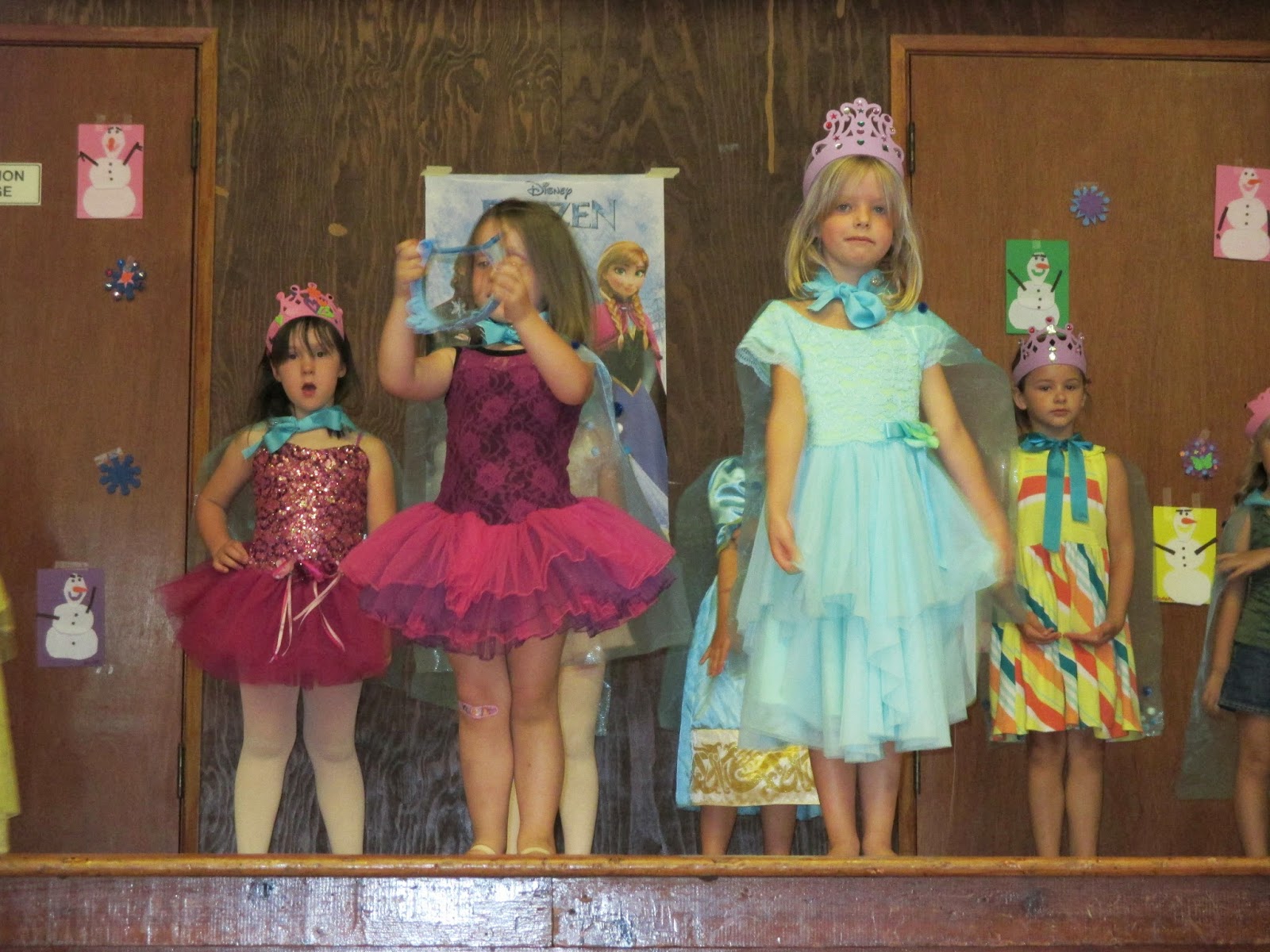 Olivia with friends Emma (next to her) and Abby (in background).  Emma and Abby are sisters and live 3 doors down from us. 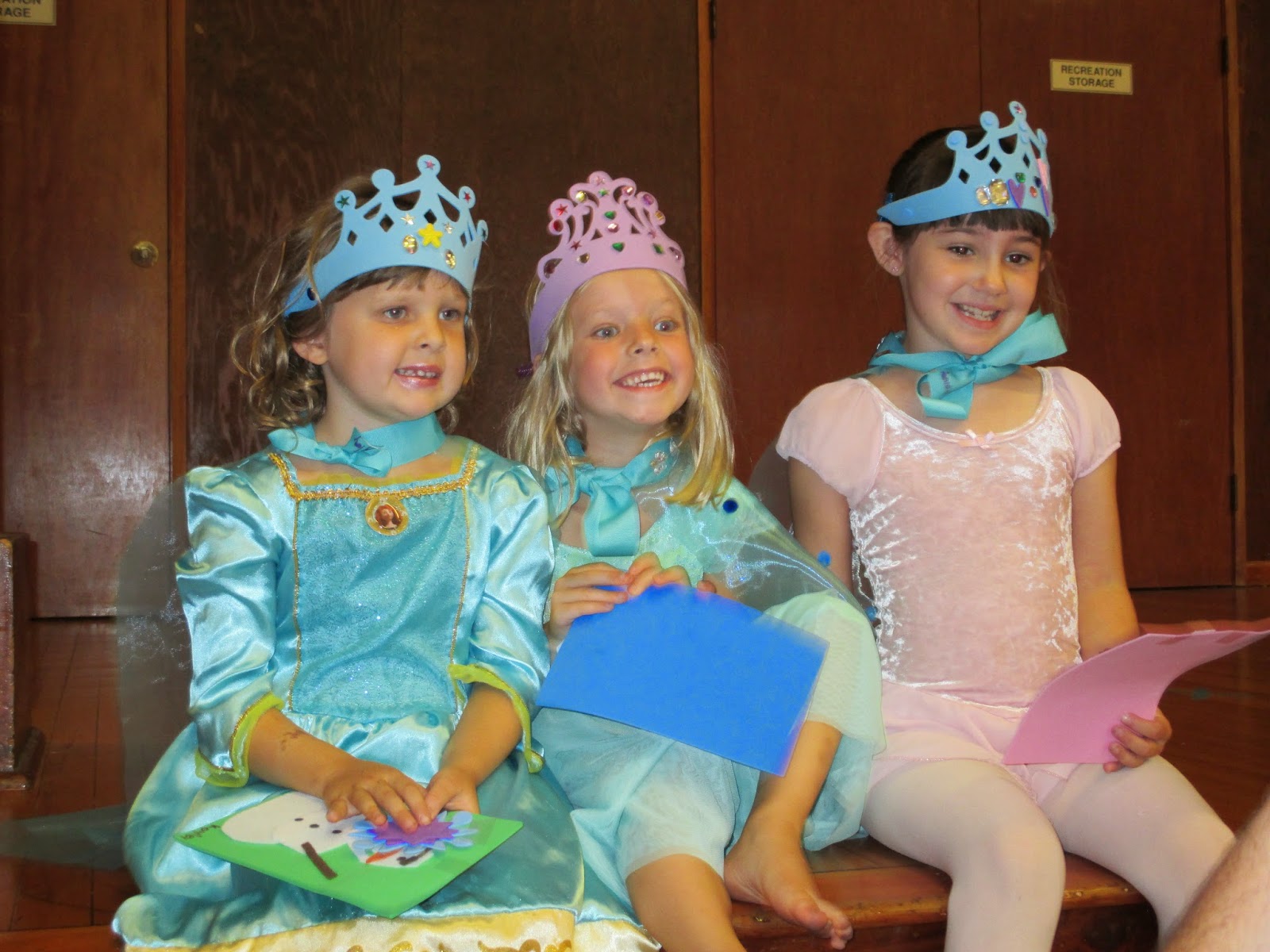 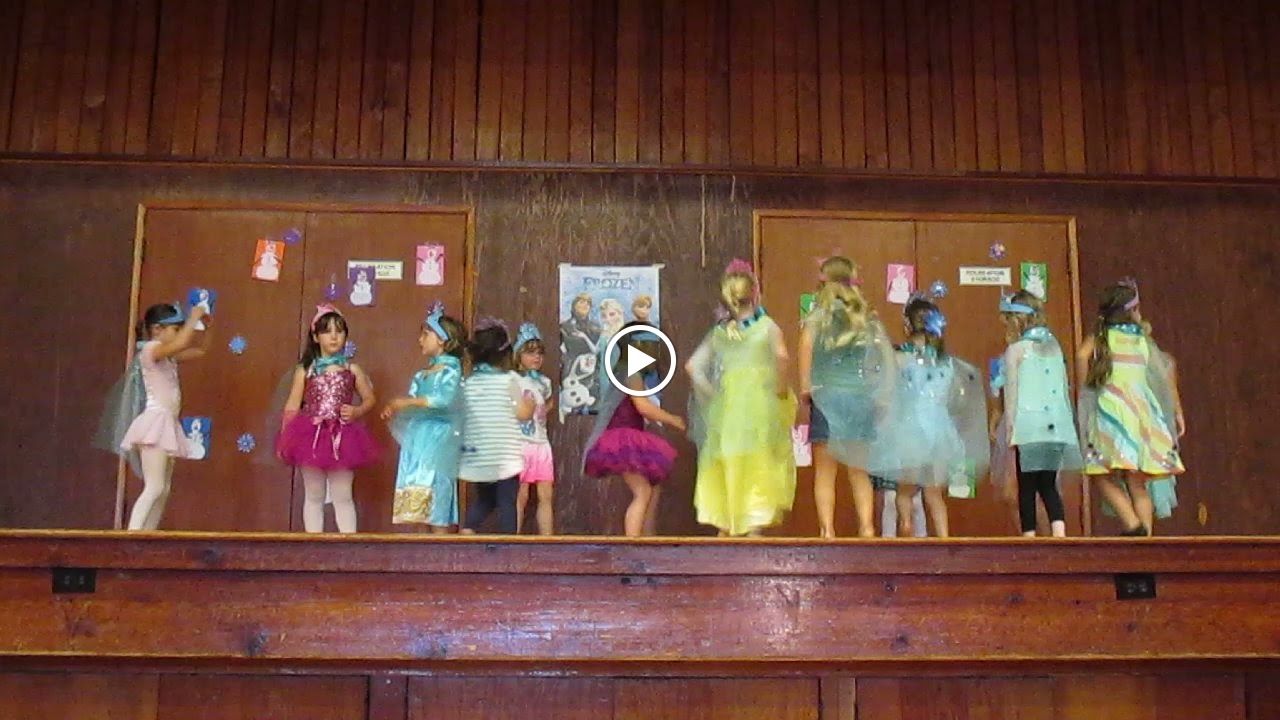 Grandma and Grandpa picked up the girls on Sunday evening and took them to Crescent Bar for the week!  Paul and I were alone until Thursday.  It was nice being able to get ready for work in the morning without having to deal with anyone else and coming home to a quiet house and having a quite dinner.  Wednesday night we had a date night at a pizza place, then Thursday we went out for breakfast before heading to Crescent Bar, stopping at a winery for wine tasting on the way.  We stayed at Crescent Bar until Sunday, then went camping at Lincoln Rock State Park.

We were supposed to say two nights, but Kayley ended up with a touch of heat exhaustion so we ended up going back to Crescent Bar on Monday night so we could have A/C.  We tried spending the day at Lake Chelan but no one was having any fun because of her not feeling well. 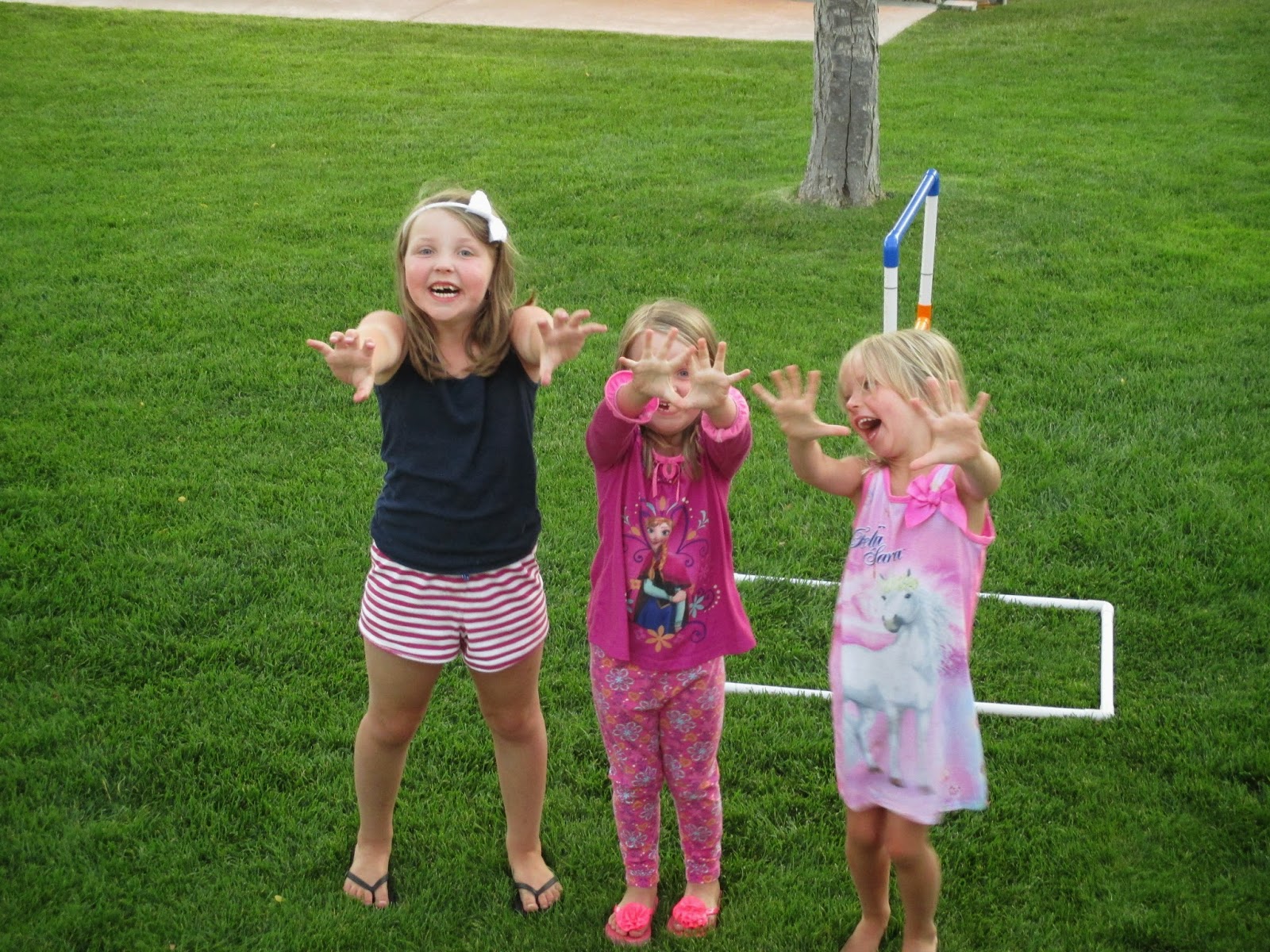 Olivia with some friends they made at Crescent Bar 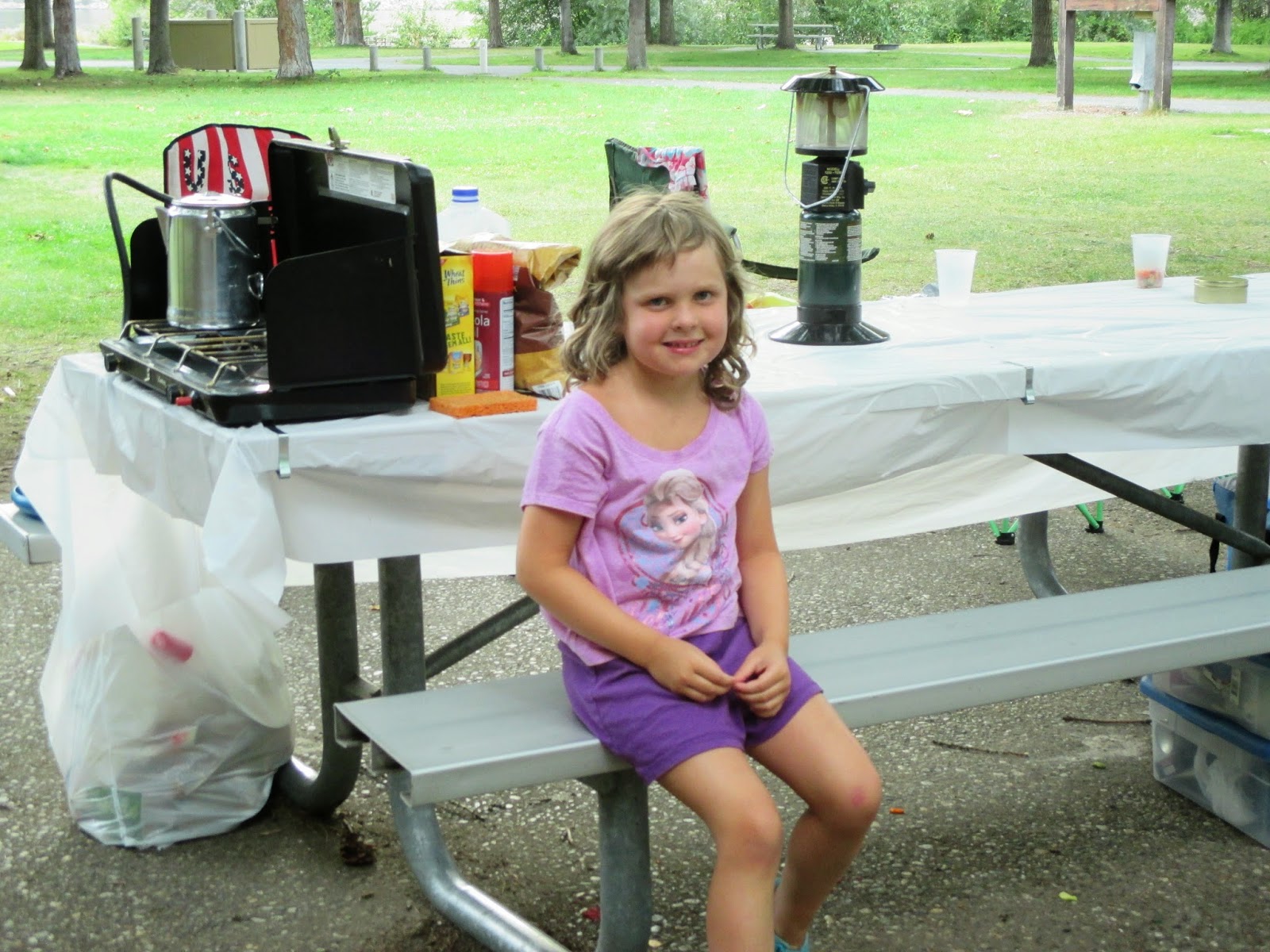 Kayley and our campsite 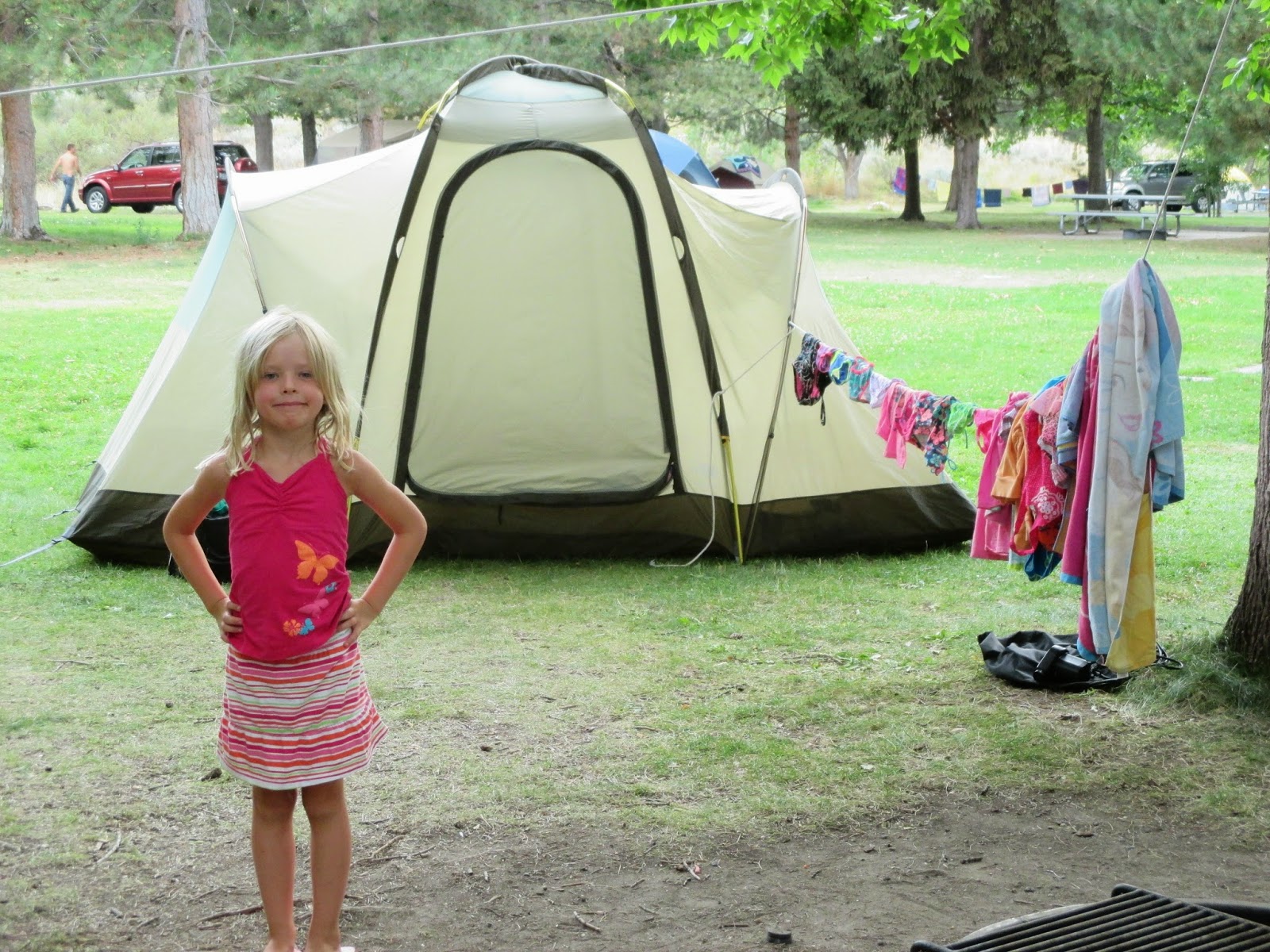 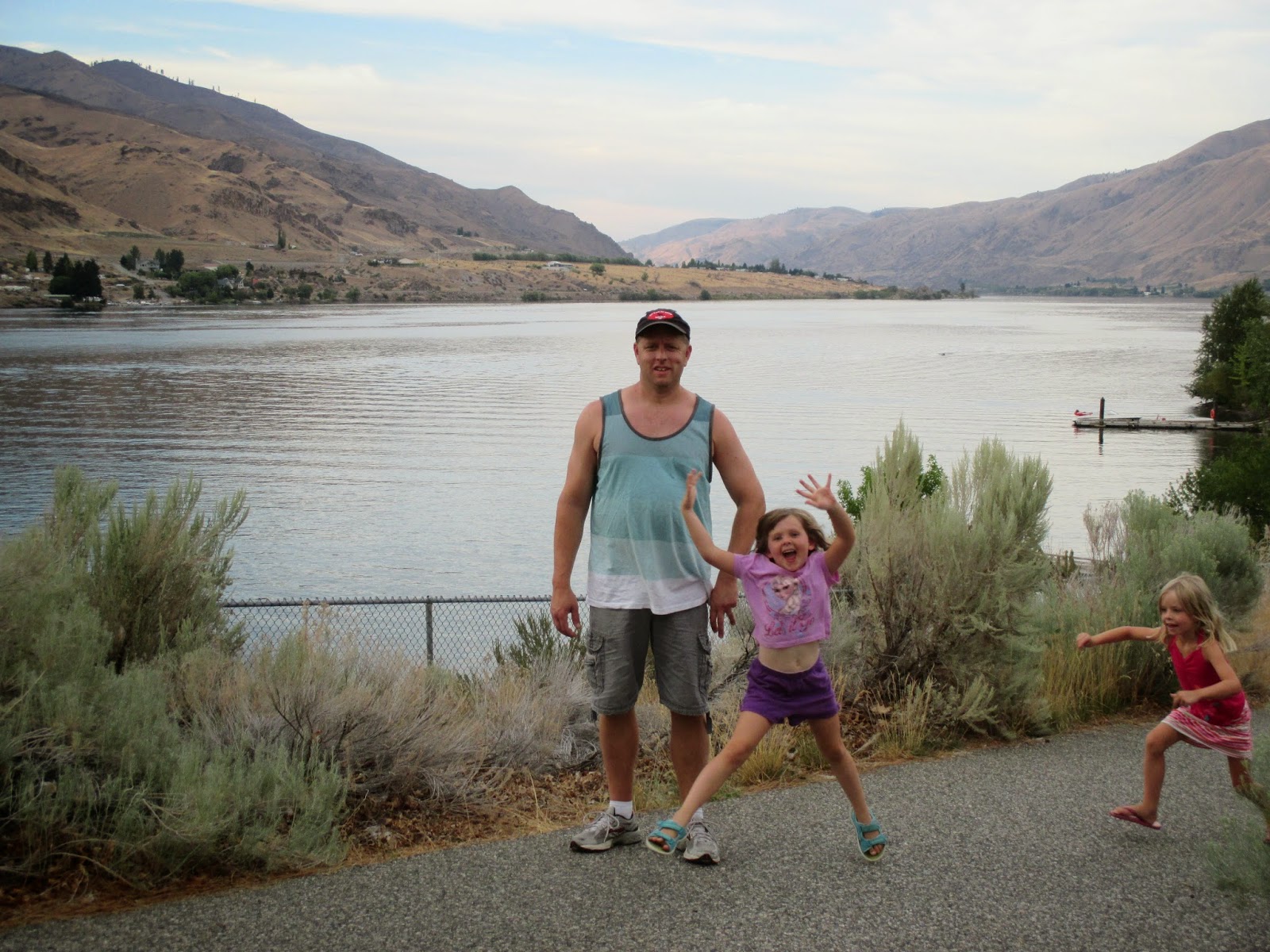 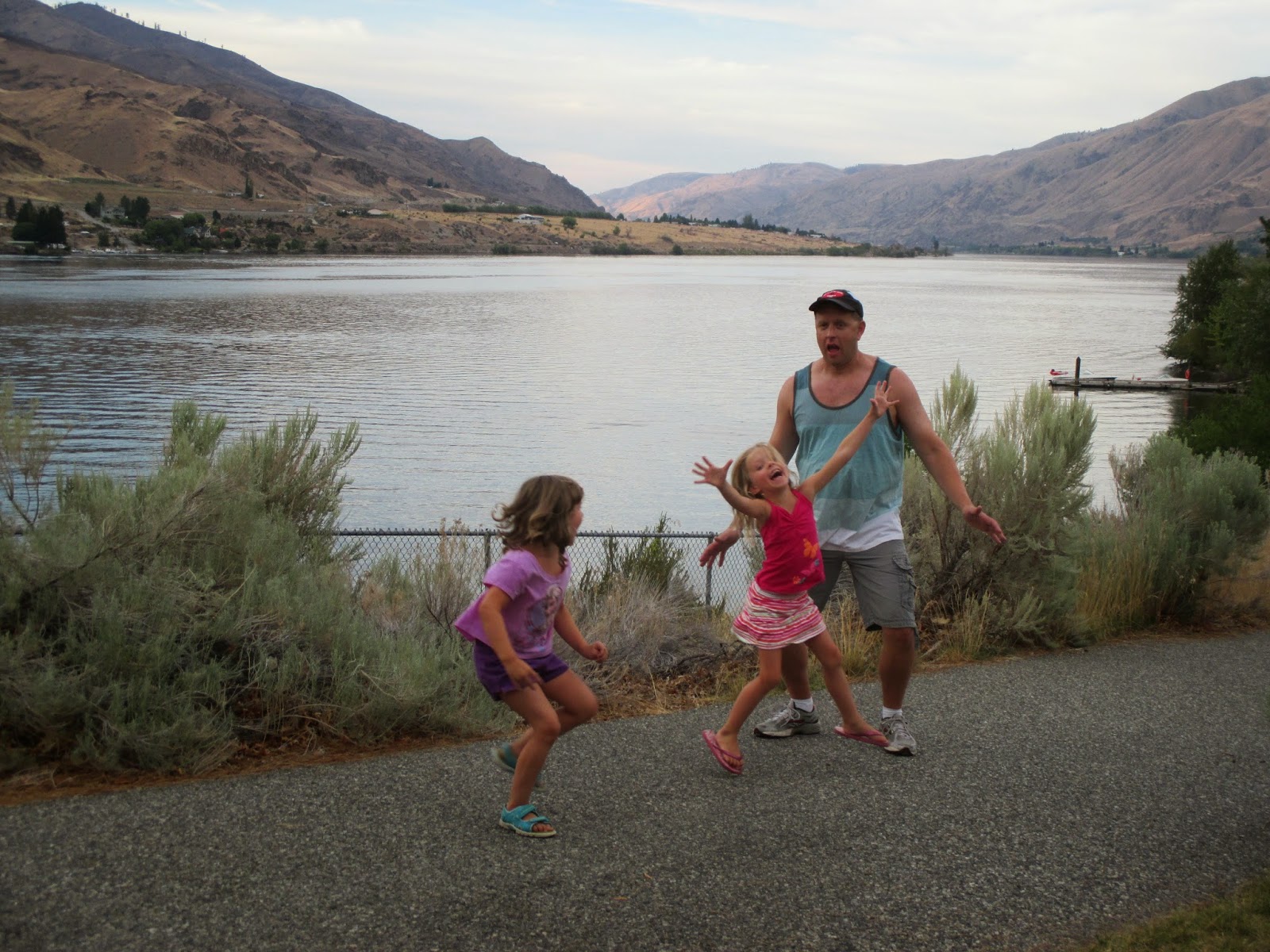 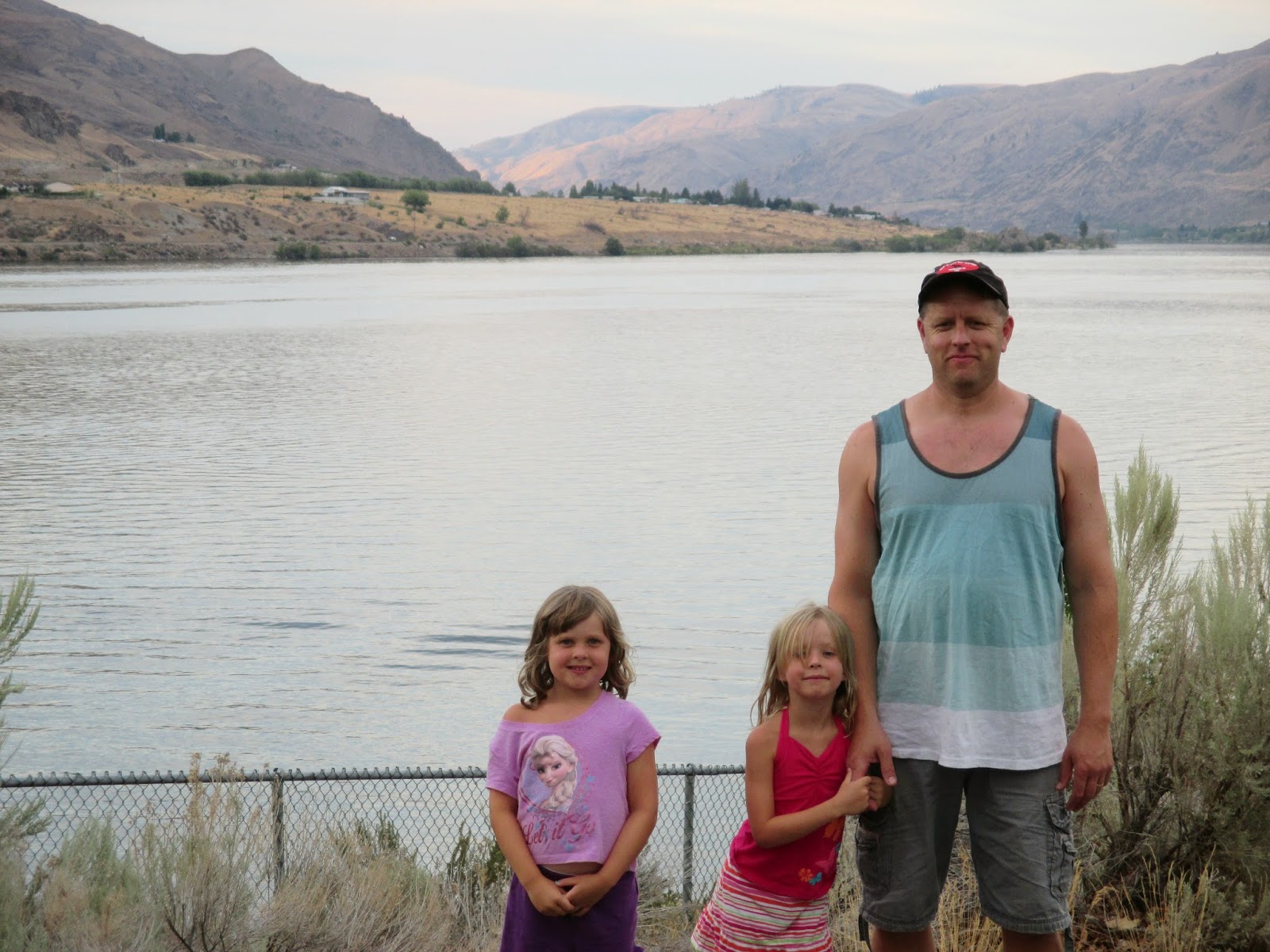 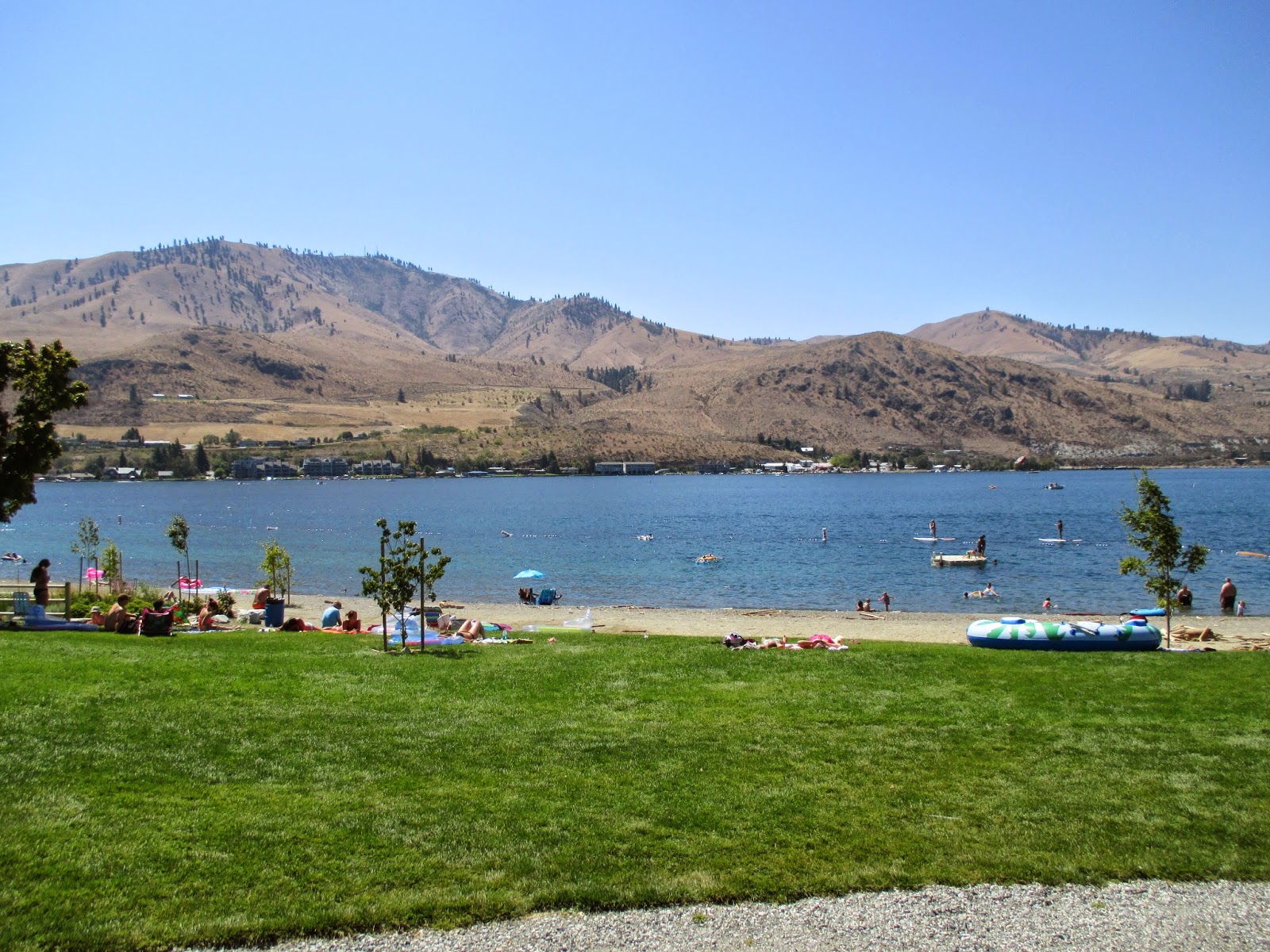 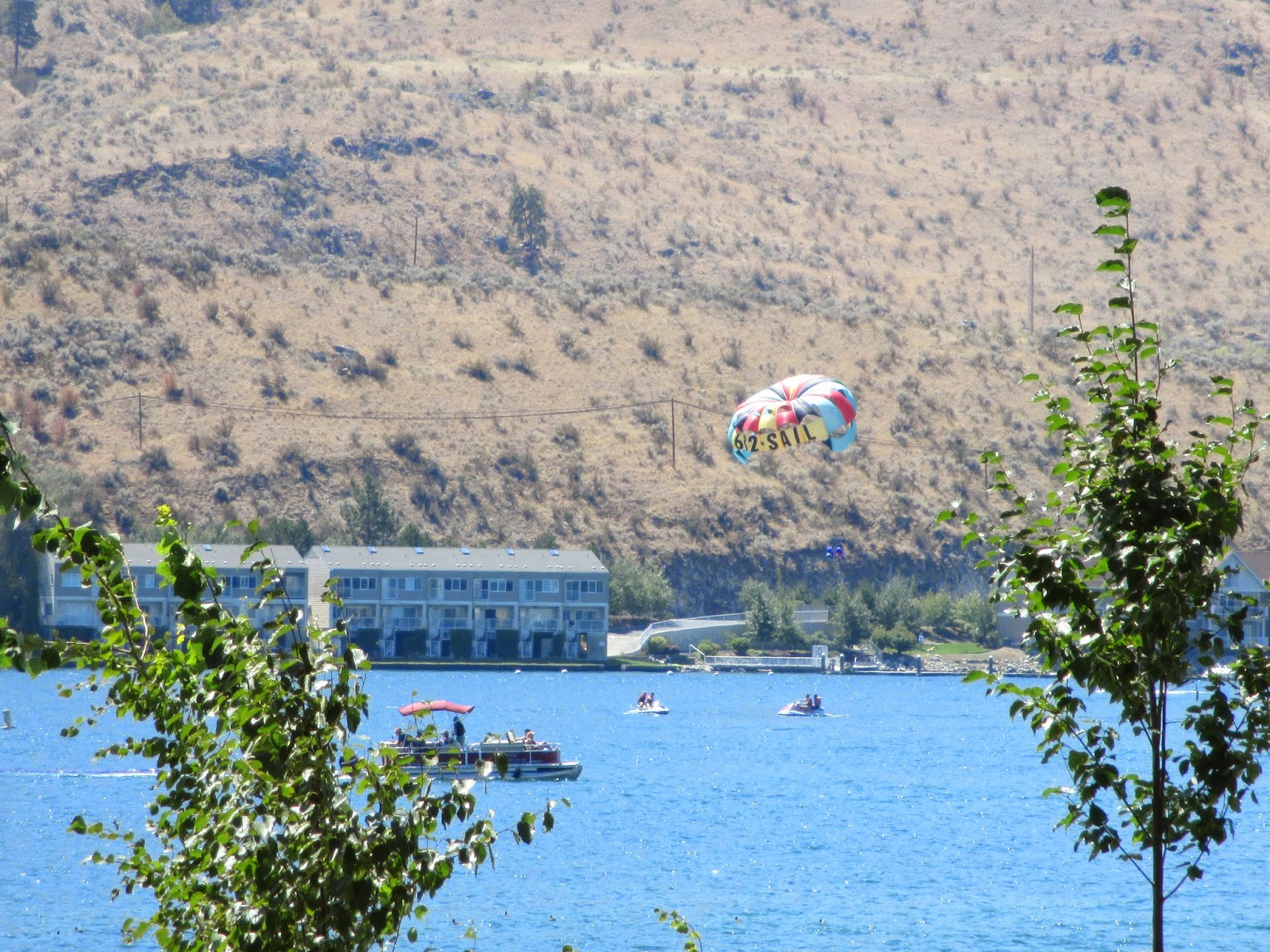 We got home from Crescent Bar/Lincoln Rock on Tuesday and Paul had the rest of the week off while I returned to work Wednesday through Friday.  He took the girls to the free movie on Thursday (The Smurfs) then Olivia got sick Thursday night so they stayed home on Friday.  We were supposed to go to Lake Tapps for the day with some friends on Saturday but Olivia was still a bit under the weather so instead Paul and Kayley went to our friends' house and I stayed home with Olivia.  She got to feeling better so we went out to dinner at the local Mexican restaurant and then got pedicures.  That didn't go over well with Kayley, as they have both really been wanting to get them so she was very upset that Olivia got one and she didn't.  Duh.  That was stupid of me, but if had taken them at the same time one of them wouldn't have gotten a kid chair because the salon only has one.  I guess one of them would have just had to wait until the other one was finished.  Anyway, now I have to take Kayley soon and she wants me to get one with her but I don't want to pay for another one so soon but she doesn't want to wait so I might just take her and then just get my polish changed and not do the whole shebang.

Sounds like a good summer so far. Ours has been uneventful as well. We'll be taking a week off next week, which is the week before school starts to get the kids ready for a school schedule again and have some day trips.