So other than yesterday I haven't posted in almost a month.  Not that that's anything new, but here's what we've been up to in the meantime.

The girls have been playing soccer twice a week, on Mondays and Wednesdays.  They have just a few more weeks of that and then they'll be done. 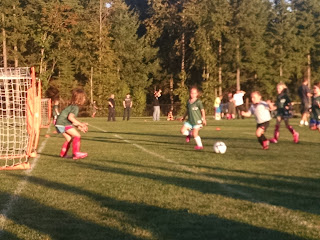 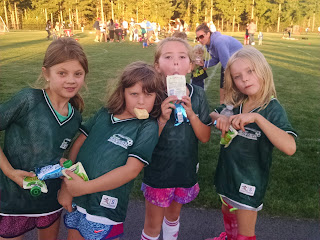 Treats after a game 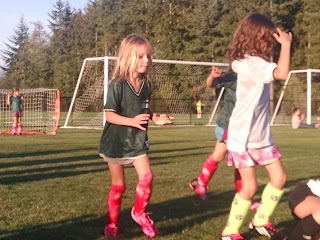 
Last week they did the mini cheer camp again.  They had to miss one of the 3 practices due to soccer, but they went to 2 and then performed at the high school football game last Friday night.  So fun. 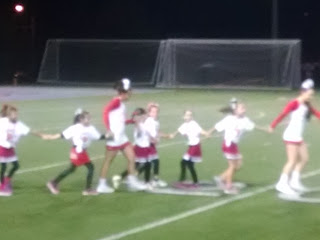 Walking out on the field.  I think that's Olivia kind of facing backwards and left of her is their friend and then Kayley next to the real cheerleader. 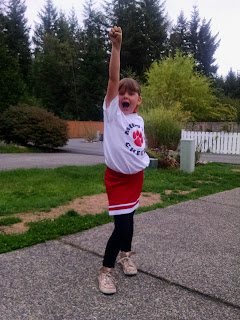 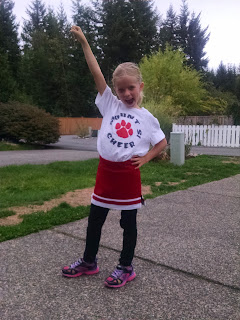 Olivia
Our stove was down to 2 working burners, plus it had all this burnt on black stuff around each burner than I couldn't get off no matter what I did, and the window part of the microwave door was kind of separated from the metal part (I may have slammed the door a few too many times while frustrated about having to make 3 or 4 different meals or whatever.  I won't do that with the new one!) so we got a new stove and microwave.  Yay! 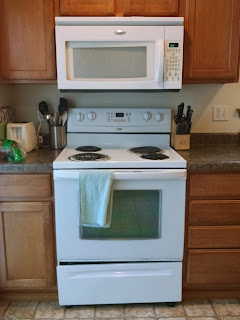 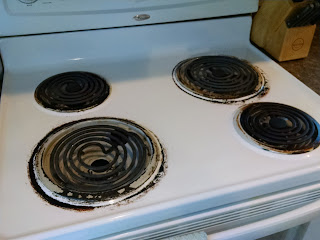 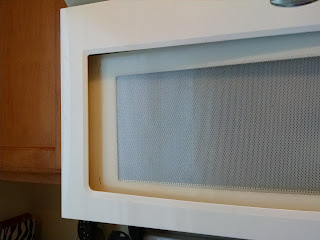 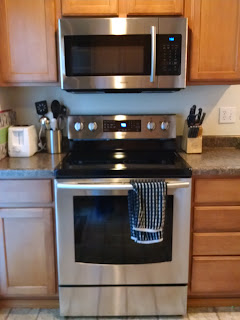 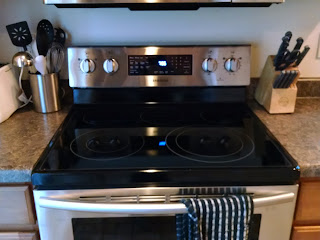