So, Saturday I finished week 7 of C25K with a 25-minute run.  It was harder than usual because I ran with a friend in her neighborhood and there were more hills, plus we were trying to converse.  But I did it without too much problem.  Then, it was time for week 8 day 1 on Monday, a 28-minute run.  I was debating just sticking to the program and running for 28 minutes, or going for 30.  Well, I did 32!  I was going along, approaching the 30-minute mark and just decided to go for an even 2.5 miles, which ended up being about 32 minutes.  Then on Wednesday, I set out to do just another 32, or maybe 35.  But I was feeling so good that I just kept going until the end of my playlist, which was 41 minutes!  I was outside so I don't know how far I ended up going, but it must've been about 3 miles, give or take.  So, screw weeks 8 and 9 of C25K.  I think I've officially graduated.  AND, I signed up for my first 5K!  Eek. 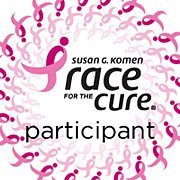 I didn't lose any weight this week, thanks in large part to the carrot cake cupcakes that practically threw themselves into my cart at Costco.:)  Yum.