Our Mom's group had their annual Halloween Party Friday afternoon.  It ended up being a pretty small group due to illness and what-not, but was fun none the less and a great opportunity for the girls to wear their costume more than once (although they will probably wear it around the house a lot, anyway).

Kayley is a Cheetah.  The skirt is cheetah print with a black tulle overlay, and I think it would have looked better with black tights or leggings but she insisted on wearing her cheetah print pajamas.  The white socks of course look dorky but she doesn't have any black socks or shoes so she just wore white sneakers.

Olivia is a Winx Club fairy.  I had never heard of Winx Club (some show on either Disney or Nick, I can't remember, but she found a DVD at the library like a year ago and had to check it out.  It's really for older kids so she hasn't watched it since but saw the costume at Target and really wanted it. 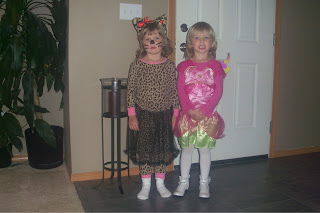 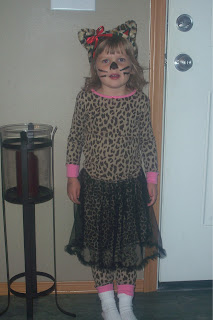 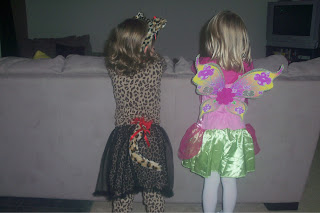 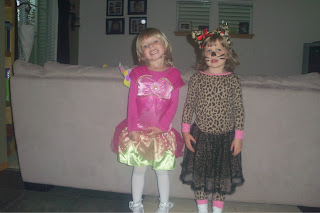 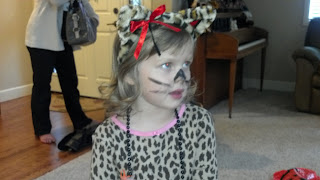 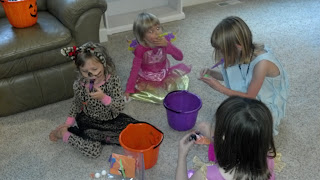 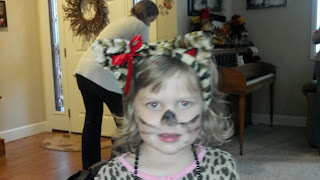 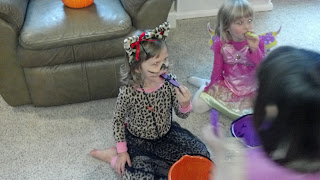 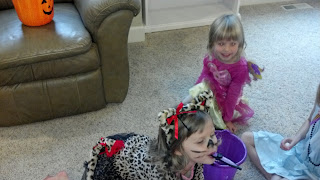 And by the way, Olivia managed to get her flu shot after all.  Paul took her back to Target the next day and she apparently went through with it with just a few tears.  I was so relieved.