We went to Coeur D'Alene, Idaho for our family vacation this year.  We stayed right on the lake (WorldMark timeshare) about a 25 minute drive from town.  We had a beautiful view of the lake from our deck, but our main access to the lake was a little cove on the other side of our building. 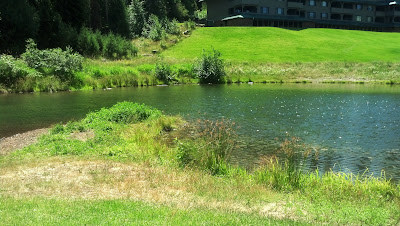 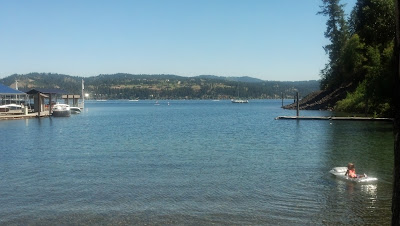 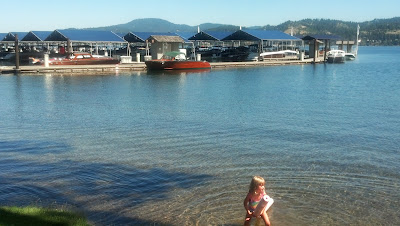 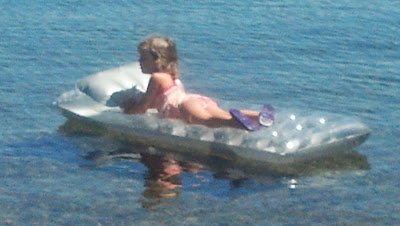 On Friday the 12th we drove to Crescent Bar where the girls were staying with grandma and grandpa, spent the night and then drove to Idaho the next day.  We stopped in Spokane for lunch and groceries, then drove the last hour or so to WorldMark Arrow Point.  We settled in, explored a bit, then after the girls were in bed we sat out on our deck with a glass of wine and enjoyed the sunset. 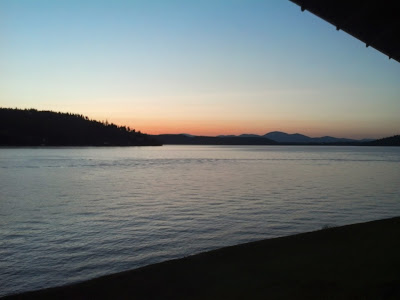 On Sunday we just hung around the lake all day, swimming and floating on an air mattress.  Then on Monday, it was off to Silverwood Theme Park!  Unfortunately, Olivia threw up in the car on the way there (luckily we had a plastic grocery bag handy).  She had also thrown up Saturday morning while we were still at Crescent Bar, but had been fine the rest of Saturday and all day Sunday.  After her vomiting episode on Monday morning, she was fine again and we had a fun day at the park going on lots of rides and watching a magic show. 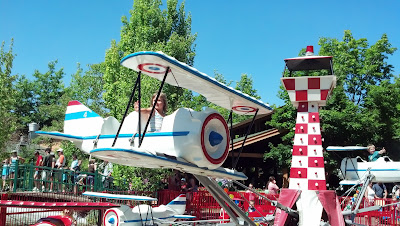 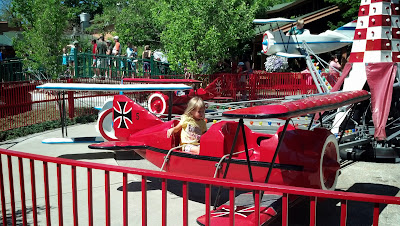 Olivia didn't want to make her plane go up, and why she sat in the back I have no idea... 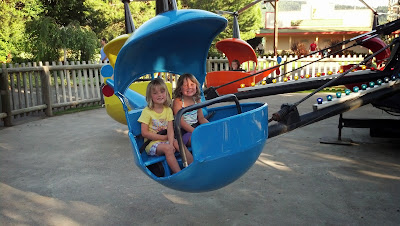 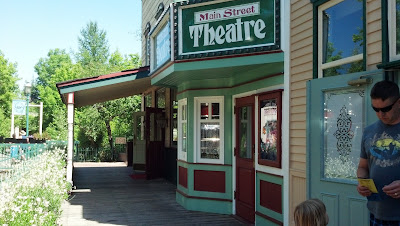 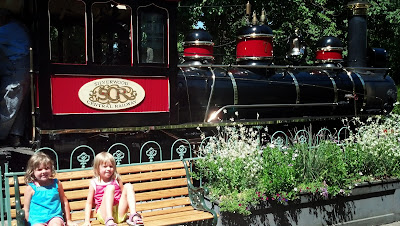 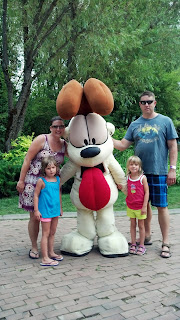 The girls of course had no idea who Garfield and Odie were! 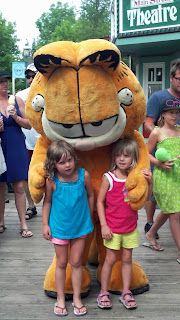 Tuesday we went to Boulder Beach, a water slide park that is part of Silverwood.  She wasn't feeling too well again but we decided to chance it because we had other plans for Wednesday and we were leaving on Thursday, so this was our only chance.  Not long after arriving, she got sick again.  We managed to do the lazy river twice and then Paul tried to do some water slides with Kayley while I stayed with Olivia, but she wasn't very interested, which was weird because we went to a water park last summer and they both had a blast.  So we decided to leave, but since we had to walk back through Silverwood anyway we ended up riding the train and the carousel. 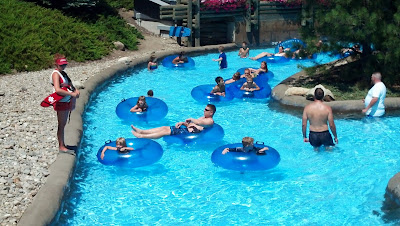 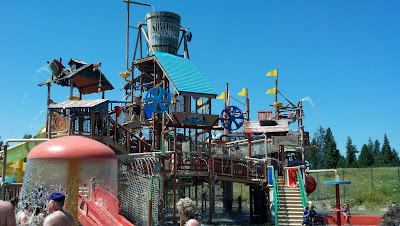 
Olivia barely ate anything that day and kept throwing everything up on Wednesday, so we skipped out Pirate boat cruise we were supposed to do and took her to urgent care.  Turns out she had strep throat.  So weird, because she never complained of a sore throat at all, but I guess not everyone necessarily has one.  She was still pretty sick on Thursday and we left and went back to Crescent Bar for a few days.  Luckily, by Friday she was back to normal.

While we were there we sort of accidentally took them on Tremors, a wild, super fast roller coaster that goes through a few dark, albeit short, tunnels.  Kayley kept saying she didn't want to go while we were in line but I honestly didn't know for sure if we were in line for that one or a different one.  Anyway, they were pretty scared but they got over it pretty quick.  They weren't like crying and screaming the whole time or anything.  Olivia just cried a teeny bit at the very end but was over it right away.  I was really proud of them, but we'll definitely wait a few years before we take them on anything like that again.

I really wanted to go on Aftershock, so right before we left on Monday Paul stayed with the girls while I went on it.  It. was. AWESOME!  Best ride EVER!  Way better than anything at Disneyland or California Adventure, although I've never been to any Six Flags so there may be something comparable out there.  You start out backwards and then up this tower at a 90-degree angle, so you are looking straight down at the ground, then you go through some loops and turns and then up another 90-degree tower, this time facing up.  Then you do the whole thing backwards.  It was SO fun! 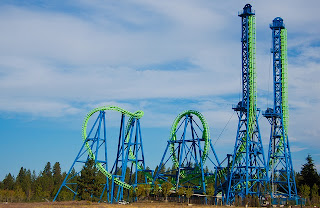