This year we spent Christmas with Paul's parents and sister.  She recently moved to Colorado but made the trip up for Christmas.  We went to his parents' house Christmas Eve and had dinner and a gift exchange with their good friends Janet and Christie, a mother and daughter.  After they left, it was time for the girls to go to bed but they were SO excited about Santa coming that they didn't fall asleep until almost 10:30.  When they were finally asleep, we put out their Santa gifts and went to bed ourselves.

Christmas morning they found their Santa presents under the tree.  Kayley got the Lego Friends cruise ship, and Olivia got a skateboard.  They were so excited--just what they had asked for. 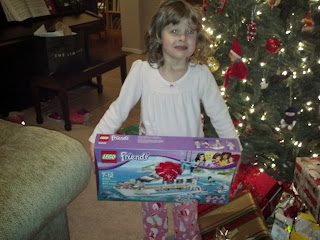 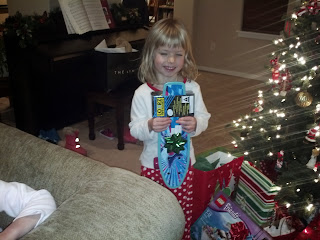 After breakfast we opened the rest of the presents, and later had a big turkey dinner.  Paul and I came home but the girls stayed there until Friday, when we all met up at another relative's house to see a cousin who had come up from California.

It was a great Christmas and the girls got so much fun stuff. 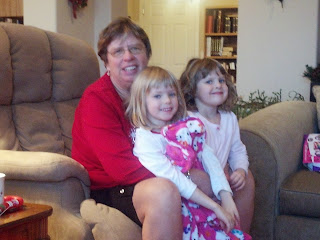 The girls with Grandma 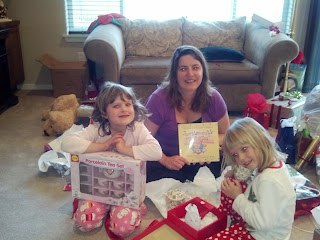 We got a mother/daughter tea set and devotional 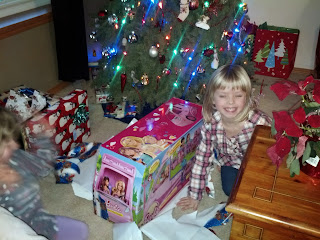 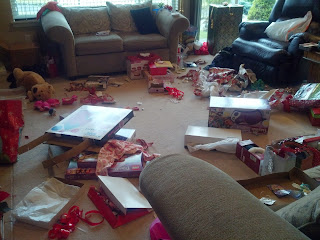