Elf on the Shelf

So, I had never even heard of Elf on the Shelf until last year, or maybe the year before.  Last year, all the girls' friends had one and they were always telling me stories about what their friends' elves were doing or how so-and-so touched their elf and it lost its magic, etc.  They wondered why we didn't have one.  I saw them in the store and thought about getting one but they were $30 (with the book).  I told them that Santa must've already known they were really good so he didn't need to send an elf to spy on them.

This year I found an elf at Costco for only $11.99 (or something).  It didn't come with the book, just a daily activity calendar.  I knew they'd love it and sure enough, they were SO excited to find an elf in our house the Saturday after Thanksgiving.  We named him Roger (Paul's middle name and my grandpa's name).

The girls love searching for elf first thing every morning.  And so far I've managed not to forget to move him every night.  Here are some of the things Roger has been up to: 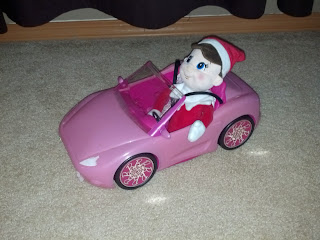 Joyriding in the Barbie car 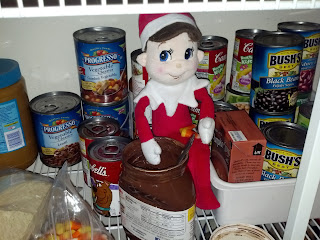 Helping himself to the Nutella and candy corn 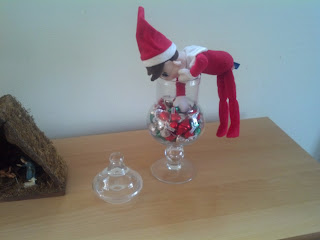 Getting into the Hershey Kisses 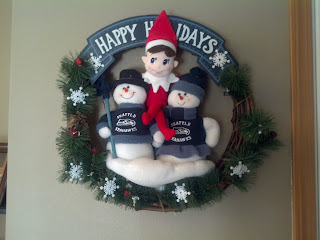