Of course I'm late, but the girls' last day of Kindergarten was the 17th.  I meant to do another photo shoot like I did on the first day but since I also had to work that day I just didn't have time.  I managed to snap a few pics at the bus stop but that was it.  I did weigh and measure them the next day and Kayley was up about 6 pounds and an inch and a half in height, and Olivia was up about 4 pounds and also an inch and a half in height. 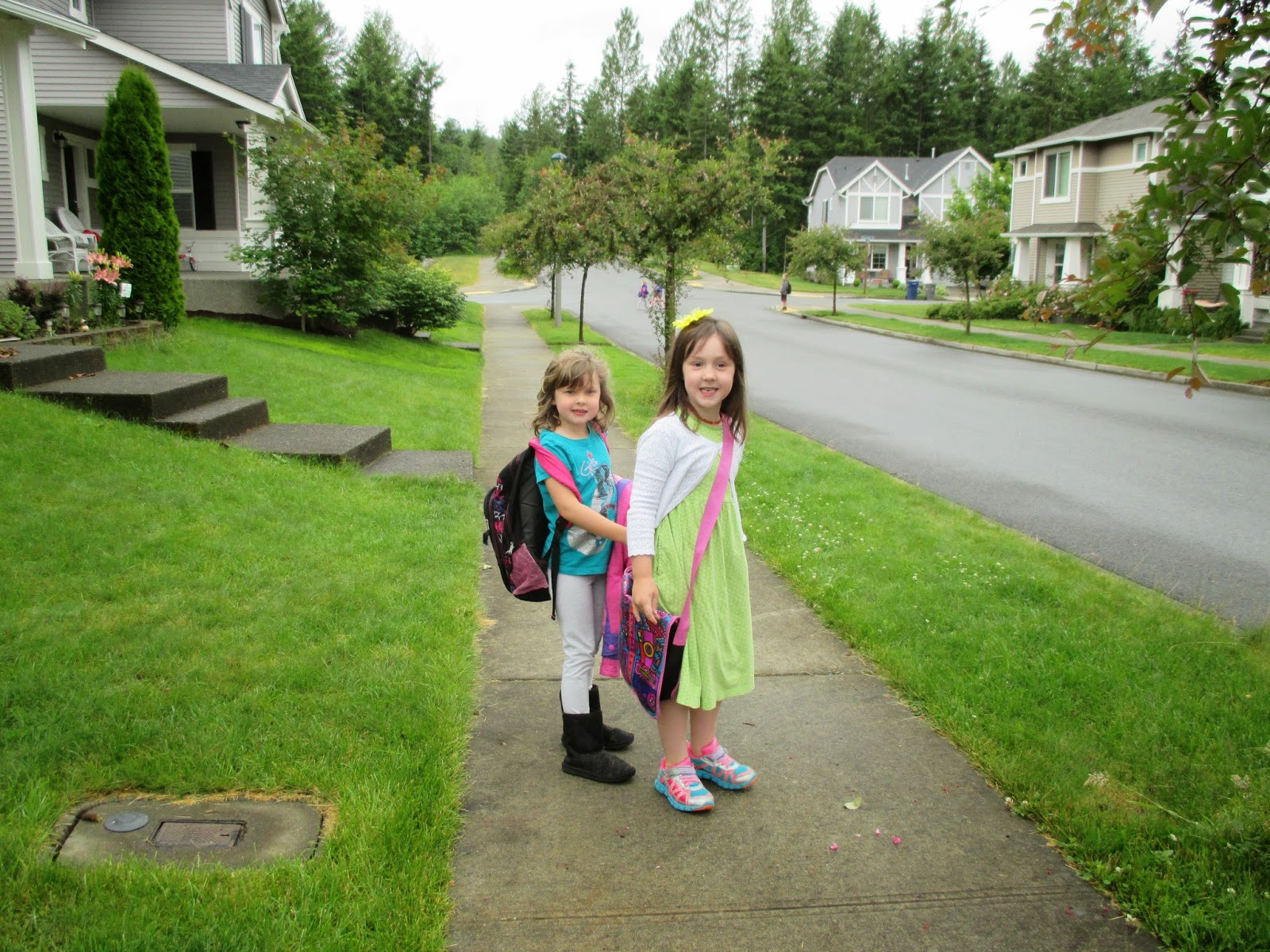 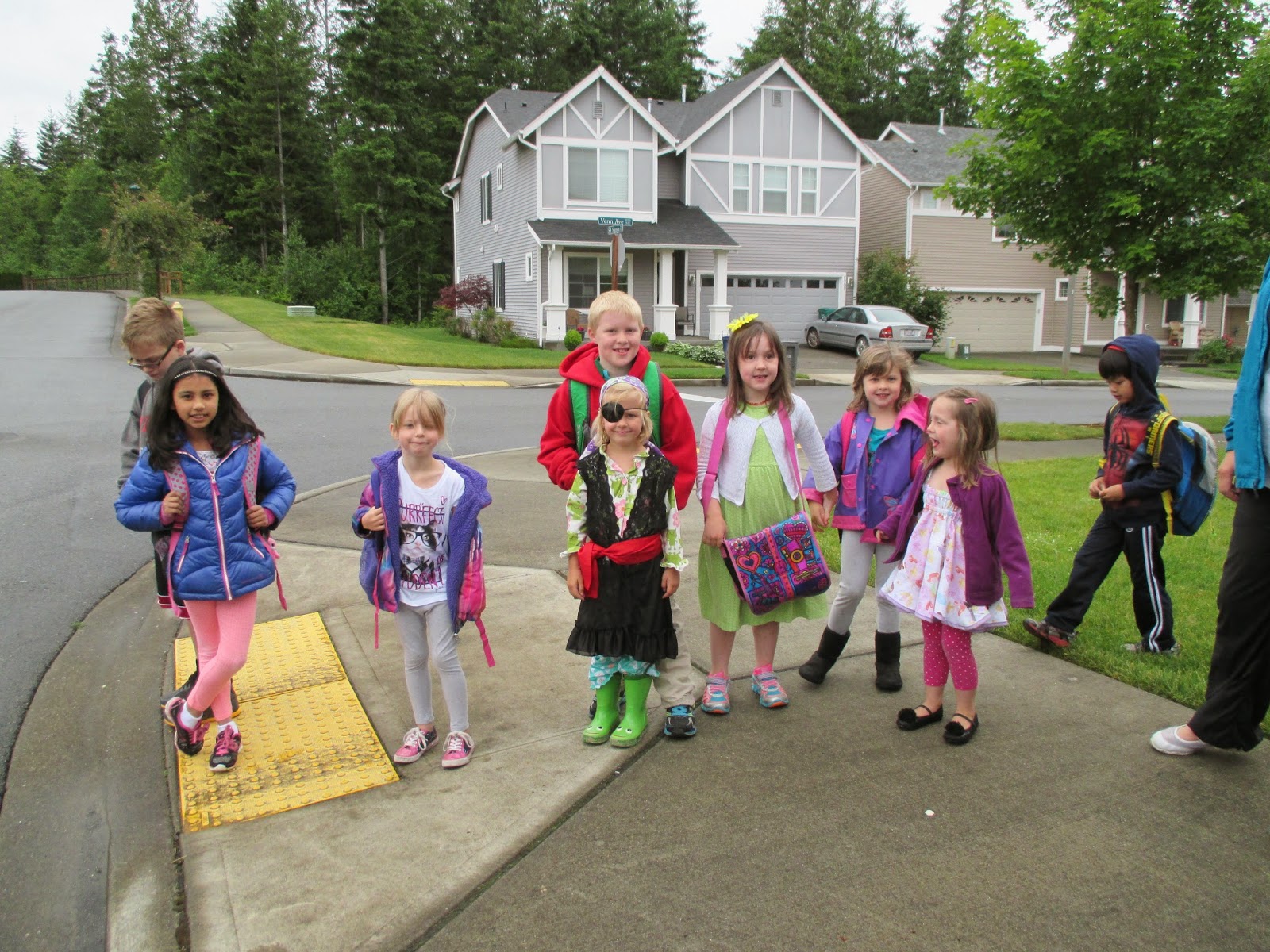 The whole crew at the bus stop.  Some of those are younger siblings. 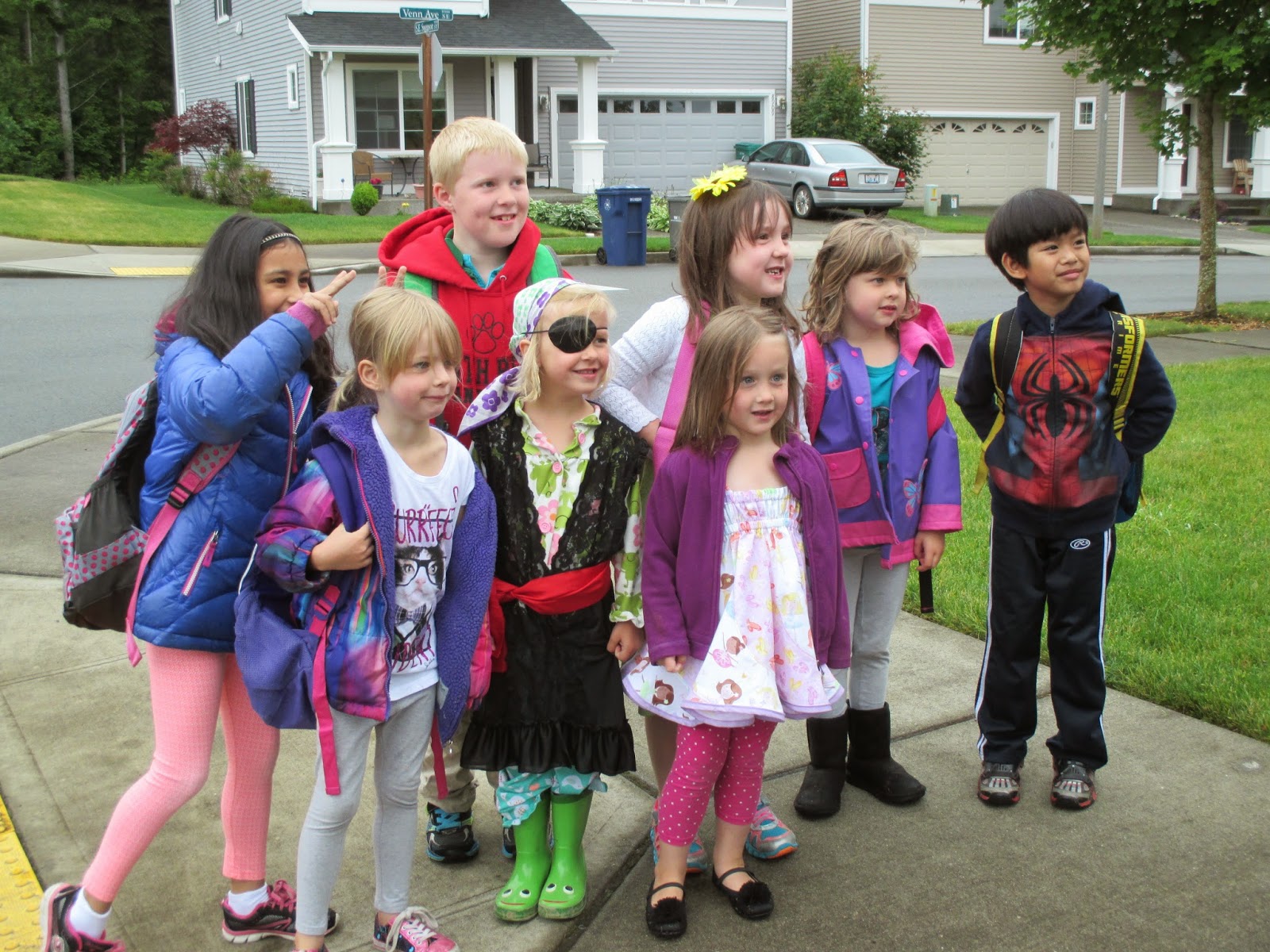 The original plan was for Paul to pick them up from school and take them out to lunch or frozen yogurt or something to celebrate their last day, but one of their friend's mom was having a party at her house for all the girls in the class, so of course they wanted to go to that, so we went out to dinner instead at Red Robin. 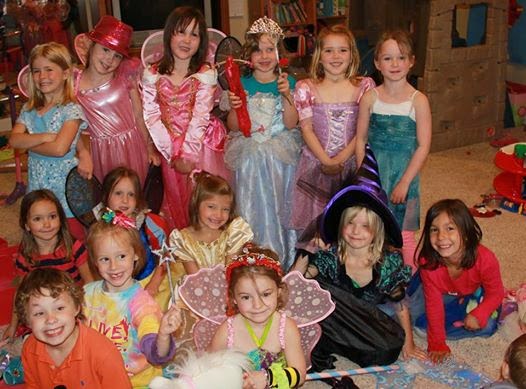 A bunch of the girls from their class playing dress up.  Olivia is in the black/purple witch hat and Kayley is back row center in the pale blue princess dress holding a red spinny thing.