Last week was very uneventful.  It was our nanny's last week with us before heading back to school.  She took them swimming a few times and out to frozen yogurt.

Te Sunday before last we went out to dinner with our friends John and Laura and their daughter Lindsay, who is a year and a half older than the girls.  We hatched a genius plan for this last weekend and it was executed brilliantly.

On Saturday we met on Mercer Island to watch the Blue Angels (part of Seattle's annual Seafair festival).  Then we brought Lindsay home with us for a sleepover, allowing John and Laura to have a date night.  They were going to camp out in the back yard in a tent, but after Paul going through the trouble of putting it up, they decided not to after all! 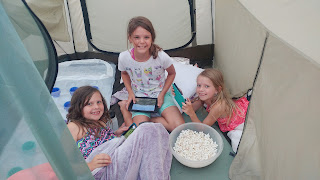 Then, on Sunday, John and Laura came to get all 3 and take them home for a sleepover at their place, allowing Paul and I to have a date night as well.  Win-win!

For our date, Paul and I went to the movie Dunkirk.  We had heard great things about it but it was just ehhh for us.  But that was the second movie we've seen in theaters in less than 3 months!  That's a record (since the girls were born).  Then we went to dinner at Agave on their outdoor patio.  Paul is off the next two weeks, so them having a sleepover on a Sunday was ok since he was home today and could go pick them up.  Then he was taking them to Crescent Bar for the week but they ended up taking Lindsay too.  I have to work this week so I will join them on Friday night, but in the meantime I have the house to myself for 4 nights!  I can do whatever I want once I'm home from work every day!  Too bad I have to work.  It would be awesome to have a few full days to work on all my projects I never have time for, but oh well, I'll take what I can get.

The Blue Angels thing used to be a tradition for us and John/Laura/Lindsay before I was working and could go on Friday when it's less crowded (although I'm not sure if it really is less crowded or not).  But this was the first time I've been since I started working.  Instead I can sometimes watch from the rooftop of my office building but it's not a very good view. 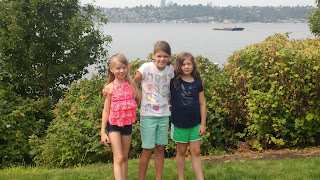 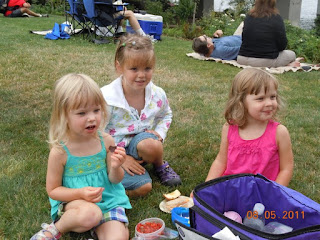 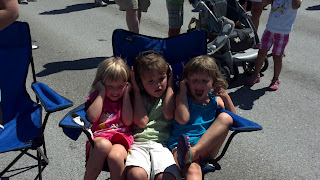 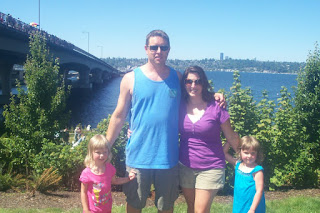 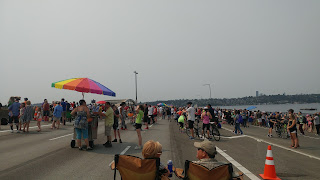 2017
This is the I-90 floating bridge between Mercer Island and Seattle that they close down for the show.  It's pretty to cool to walk out on a big freeway to watch the show.