We spent the weekend at Crescent Bar and had a fabulous time.  The girls got to swim in the "big" pool for the first time, now that they're potty trained.  They are really getting brave, putting their faces in the water, jumping in and being thrown in the air and going under.  They'll be swimming like fish by the end of summer.

On Sunday we marched in the little parade that they do every year, and then the girls somehow managed to stay up for the fireworks show that night, despite Kayley having been up until almost midnight the night before (due to a long, late afternoon nap) and getting up at 8:00 AM and having no nap.  She is a freak of nature, that one.

Yesterday we had a late breakfast, hung by the pool, took a boat ride and then ate an all-american 4th meal of hamburgers, hot dogs, potato and macaroni salads, baked beans and chips.  Yum. 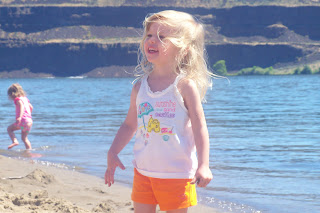 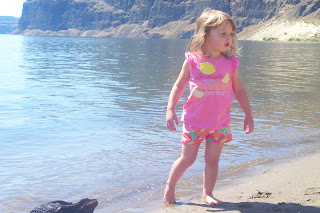 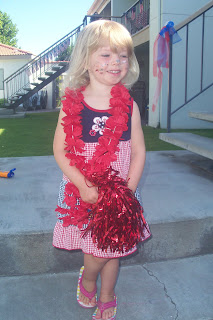 All decked out for the parade 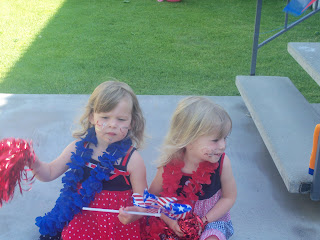 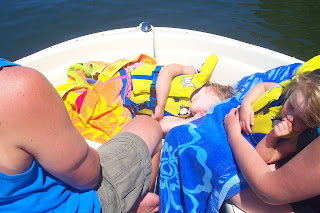 Tuckered out
Posted by Jill at 8:32 AM