I'm linking up with Kelly's Korner today whose SUYL topic for today is Moms of Multiples.
Olivia and Kayley were born just over 4 years ago on February 28th, 2008.  They were conceived via IVF.  My body could not do many things well, like conceive or produce breast milk, but the one thing it did very well was gestate.  I made it to 38 weeks 1 day with no bed rest, and would have gone longer but had a scheduled c-section (both babies were breech).

Having twins was (still is) very hard, but thank goodness it has gotten easier!  There were so many places/things that we couldn't do or go to that moms of singletons could, like just going to Starbucks for a latte (getting a double stroller through the door is really tough-now of course we can go there no problem) or going to any type of activity that had everyone in a circle holding their baby/toddler (at storytime I would hold one with the other next to me and then switch for the next song).

Now that they're 4 it definitely is MUCH easier, although we can no longer co to Costco, Target or the grocery store without them fighting and wrestling each other in the cart and generally acting like maniacs, but other than that... 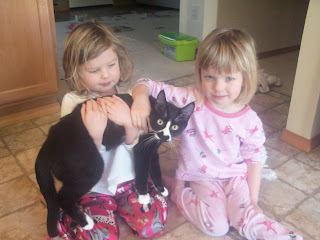 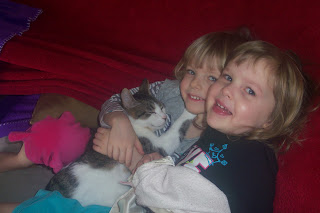 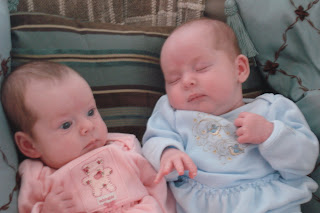 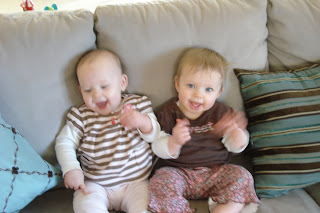 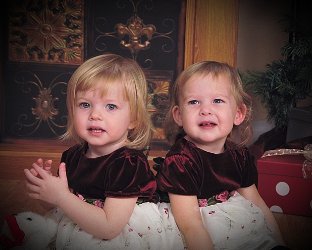 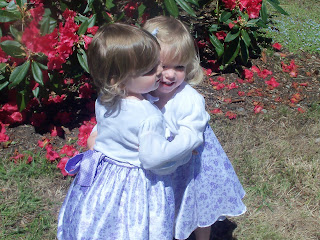 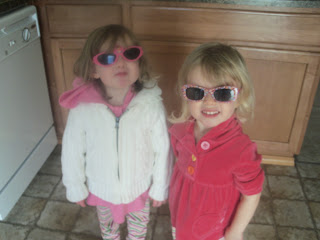 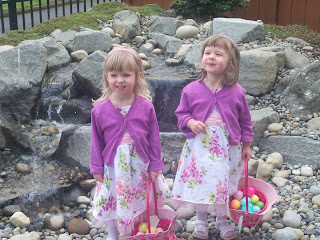 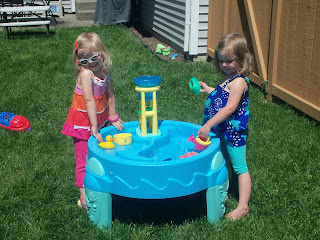 oh my...those are some gorgeous girls! i think it's hilarious that we're both jill and we both have an olivia! :) ha!

anyways, nice to 'meet' you...i'm your newest follower! great to find your blog.

wow your little ones are soooo cute!

my first is overdue by 3 days as of april 1st. not twins though, just one little lady

anyways, just wanted to say..great blog! i will be back