We did some fun stuff this week.  On Tuesday we went to a show at the library called "Pumpkins, Turkeys and Snow, Oh My!".  There was juggling, songs and a turkey puppet.  It was really cute.  I actually hosted a meet-up there for my mom's group, and it was the last thing I'll ever host as I am not going to renew my membership next year, since the girls start kindergarten in the fall making us unavailable for most of the events and we're limited to Tuesdays/Thursdays until then (except summer).

Thursday we had a playdate with a friend down the street that we met through said mom's group.  This is the girls' latest friend they've made.  We first met them two years ago at the mom's group annual Halloween party at their house but didn't see them again until this September, when we attended another event at their house, then another a few weeks later and then this year's Halloween party.  Since then we've had a playdate here and then the one last Thursday at their house again and we're all getting to be good friends and it's awesome. 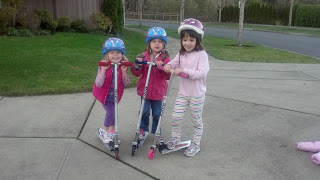 Saturday I baked some yummy pumpkin bread with salted caramel drizzled pumpkin buttercream.  Yeah, that's right.  Found it on Pintrest and it looked and sounded so awesome and it was.  I was signed up to bring treats for our sunday school class today so that's what I made and it was a big hit. 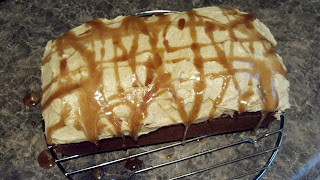 That evening Paul went out with a few buddies so the girls and I made popcorn and watched Secret of the Wings (Tinkerbell movie).

Today we went to church and then out to lunch with some friends, and then I actually took a little nap while the girls were watching Sofia the First on Disney.  I can't believe Thanksgiving is a few days away.  Tomorrow during preschool I'm going to shop for whatever groceries I need for Thanksgiving and the rest of the week and then I think I'm going to make another loaf of that amazing pumpkin bread, because I only got one little slice and the poor girls didn't get any.

Oh, and Friday the girls made these awesome turkeys at preschool. 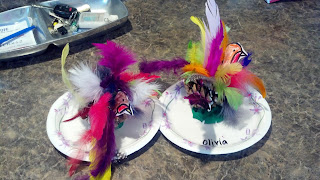 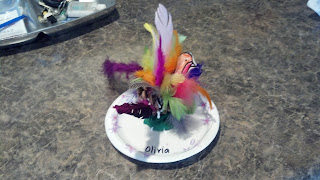 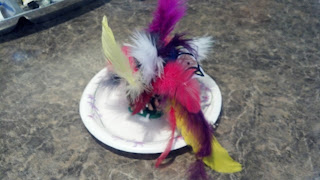