I feel like I'm the last one in blogland to post about Thanksgiving but we've been out of town and I don't like blogging from my phone and don't have a laptop.

So, first of all, we actually got to watch some of the Macy's parade Thanksgiving morning.  Normally we have to leave around the time it starts or soon after to get where we're going, but this year at the in-laws it was just us, Paul's parents and sister so we decided to just go later instead of going early enough for breakfast and spending the whole day like we normally do.   I was still kind of busy getting everything ready to go so I didn't see a ton of the parade, but a lot more than I normally get to.

Paul and I had decided that instead of getting up super early for Black Friday, we would try "Gray Thursday" instead, so as soon as X Factor was over at 9:00, we headed to Target.  We took one look at the line (and by the time we got there they'd already been open for a half hour, it's not like they weren't even open yet) and went right back home.

When we got home from our aborted shopping trip, we found Kayley still awake with a horrible cough.  She coughed so hard she threw up (or maybe she would have thrown up anyway but I really think it was just the coughing).  We didn't have any cough medicine (which they say you're not supposed to give to kids under 6 anyway but she's almost 5 and what could it really hurt?) and they didn't have any honey, so we tried to make do with some agave nectar mixed with water and lemon juice, but that of course didn't help any.  We moved her out to the living room so she could try to sleep upright in a chair, but she didn't like that so we put her on the couch.  And by we I mean me and Paul's sister, Cheryl, because Paul was already mostly asleep in our room, whereas Cheryl was sleeping in the den area on a sofa bed with the girls on the floor next to her.  Cheryl eventually traded rooms with Paul and I stayed out in the living room with Kayley, who insisted on keeping the light on.  Sigh.  Needless to say, I didn't get much sleep that night, and was awake when the in-laws left at 4:00 or 4:30 to go shopping and a little while later when Paul left to go to Cabela's.

Anyway, after breakfast we decided to give Target another try, and this time we actually went in and bought stuff.  After driving across town to hit Old Navy we all reconvened at the house for lunch, then headed to Westport (on the Washington Coast, in-laws have a condo there) for the remainder of the weekend.

We spent Saturday walking down to the beach, and driving into town to the docks, where we walked out on a long boardwalk thingie and watched people crabbing and saw some sea lions.  Later, we swam in the pool.  This morning was sunny and nice and Cheryl, Paul's mom and Olivia all walked to the beach again, but Paul and I were watching the Seahawks (it was another close one--Miami kicked a last-minute field goal to win.  Grrrr...). 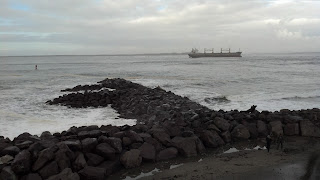 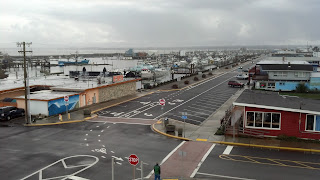 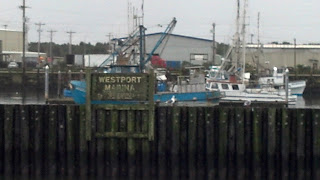 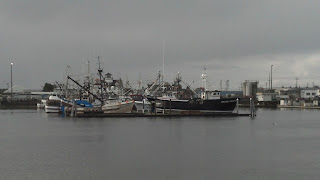 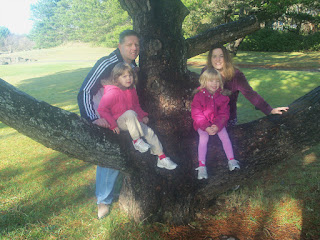 The girls collected a bunch of shells and sand dollars, and proceeded to decorate them with crayons.  Awesome. 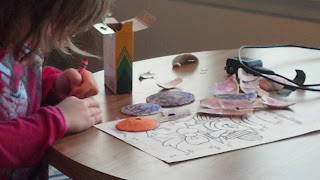