We are officially more than half way through the girls' summer break!  Seems like it just started.

Also, I officially changed my blog title (web address is still the same, though).  And I created a header but I'm still working on it.  I was just playing around and ran out of time.  It's a work in progress.  On to my weekly recap.

Week 5 - (The week before the one that just ended) the girls had soccer camp.  It was just a half day camp, so my neighbor, whose kids were also in the camp (her daughter was in the same one as the girls and her son was in a different one at the same location), picked them up for me and then they had their regular babysitter in the afternoons. In exchange, I took her kids in the mornings, except for the first day because she wanted to get them all signed in and what-not and the last day because Paul needed his car back (I had traded with him to accomadate the extra kids).  I didn't get any pictures because I just dropped them off and went to work.

On Thursday evening Paul and the girls' friend's Dad took all the kids camping until Saturday.  That means that on Friday morning I was able to just get up and get ready for work and leave without having to worry about anyone else.  And then I had a nice quite house and got to work on some projects alone.  Yay.

Week 6 - Paul's parents picked them up on Sunday and took them to Crescent Bar until Wednesday. Thursday we had a new babysitter and Paul had Friday off.  They went shoe shopping and out to lunch at the RAM and otherwise just hung out at home and played with friends, I think. Then yesterday the girls and I went to Great Wolf Lodge with their Girl Scout troop as their special outing with their cookie money, so Paul had most of the weekend to himself.
(We spent the night and got home today).

This was our first time going in the summer so they got to go on the rope course and loved it!

Great Wolf  Lodge was really fun but man, I'm so sick of packing and unpacking!  First Mexico, then their camping trip then Crescent Bar and Great Wolf Lodge.  Ugh.  And in a few more weeks Paul and the girls will be going to Crescent Bar again (I have to work) so I'll have to pack for them one more time. 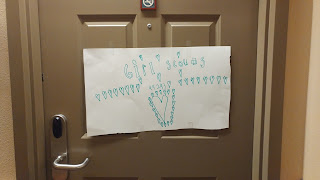 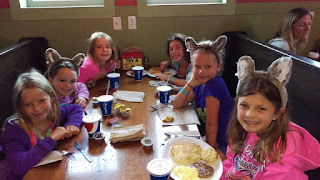 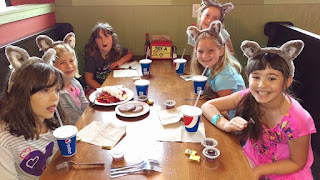 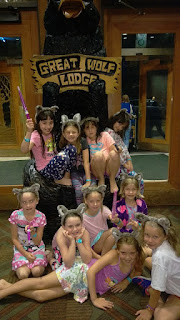 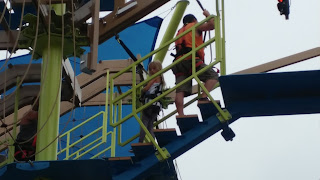 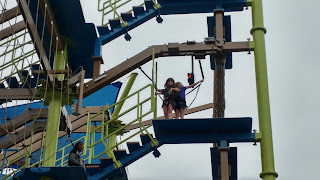 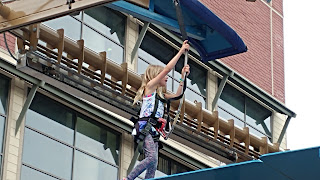 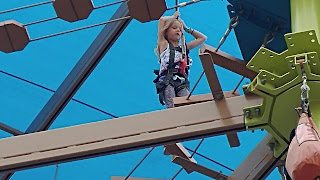 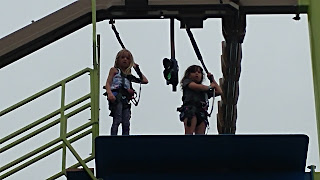 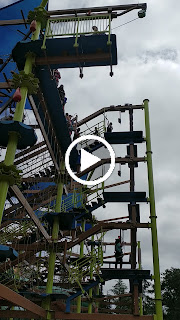 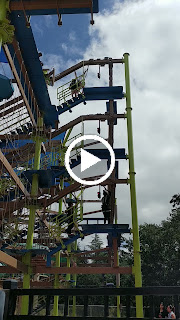