Saturday was the girls' 2nd birthday party.  It went great but getting the cake and cupcakes baked and decorated turned out to be more challenging than I had anticipated.  It started Friday morning around 10:30.  I whipped up a chocolate cake batter from scratch that called for red food coloring.  I've never baked a cake from scratch before so when I added the red food coloring I was alarmed at just how red the batter was.  No biggie, except that I really wanted a regular brown chocolate cake.  So I decided to put that batter in two round pans instead of the Elmo pan and start over.  As it turns out, the red cake turned out great and was of course a normal brown color (a reddish brown but still brown) but I didn't want to chance it.  So I mixed up a boxed cake mix and put that in the Elmo pan and baked that instead.

Then, I baked some vanilla cupcakes from scratch because the Elmo cake wasn't going to be big enough to serve everyone.  That was easy enough but I ended up using all of my powdered sugar to frost those and  had none left to make the frosting for Elmo.  And when I went to to store later that evening to get last minute things for the party I totally spaced that I had run out of  powdered sugar.  So I got home around 8:15 and start getting the girls ready for bed and after they went to bed around 9:00 I went to go decorate Elmo and...AHHHH!!!  Shoot.   So back in the car I went and drove to the store just down the street, only to discover they had closed at 9:00 (it was about 9:25).  So I tried the neighborhood convenience store.  They had one tiny box that wouldn't have been nearly enough.  So I had to drive to Safeway in North Bend (about 10 minutes away) and while there decided that in addition to powdered sugar I needed a bottle of red wine (although I never did end up opening it but it sounded good at the time!).  I got back home around 9:45 or so and finally got started on Elmo.  By the time I finished decorating him and cleaning up it was midnight and I was exhausted, having been at this for approximately 13 1/2 hours!  I did break for dinner and took a few other short breaks but still.

Anyway, the party itself went great and the girls received so many nice gifts.  It's hard to believe I have a couple of two-year-olds!  Wow.  So weird.  Last year at this time we were just transitioning from formula to whole milk, Kayley was still bald and had just started walking and Olivia wasn't quite walking yet.  Amazing. 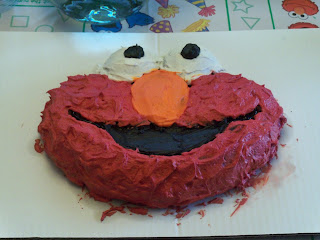 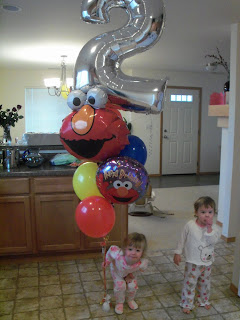 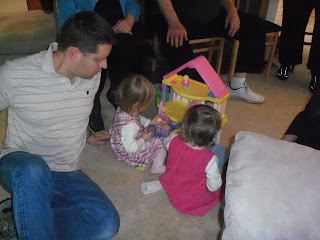 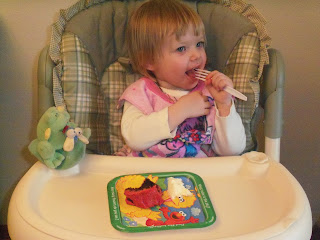 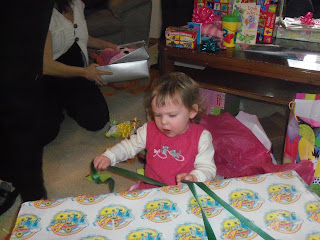 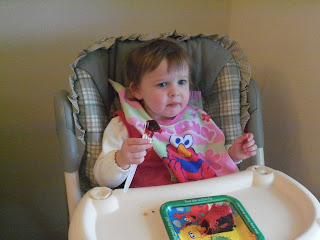 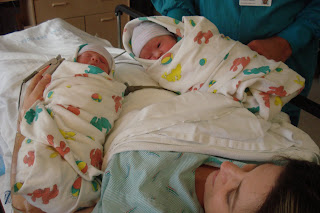 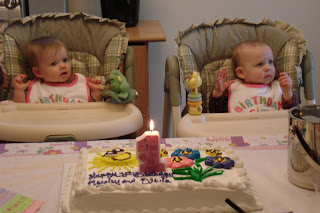