The Sheraton Hotel in Seattle does a gingerbread village every Christmas season.  They have a big display of fancy gingerbread houses and other things made out of gingerbread and it's quite a big draw every year.  It's been over 20 years now I think and I have never gone (although I think one year I was able to see some of it from outside on the street).  I've been wanting to take the girls for the last several years but we just never have so this year I decided we were finally going to do it.  And bonus, it happened to be a Star Wars theme this year.

So on Saturday (the 19th) we drove to Seattle, paid $11 to park and walked into the Sheraton, where, of course, there was a long line to see the gingerbread display.  As we got near the end (which we thought was only the beginning) we could see the 6 (one for each episode, not counting the latest of course) Star Wars-themed structures and thought that was just something extra to look at while we were waiting to get into the main event, like in a separate room or something.  But after an hour-long wait, we finally got our close-up look at the display and soon discovered that was it!  No other room, no big fancy gingerbread houses, just those 6.  AAAAAAAND, turns out we could have just walked around to the other side of the display and not had to wait in line for an hour.  They were cool and all, but it was still a disappointment and a total waste of time.  And my pictures aren't great because there were so many lights causing glare.  I wonder if my phone has a different setting or something I can use.

Anyway, after all of that we went to the Cheesecake Factory for lunch and then walked over to see the carousel but the girls weren't interested in riding it.  So we pretty much just went home then because they had a birthday party to get to anyway. 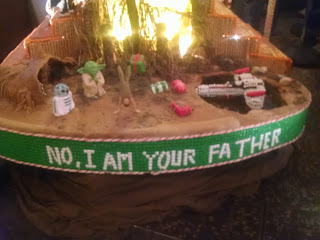 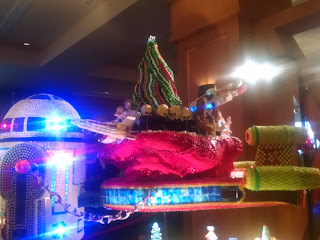 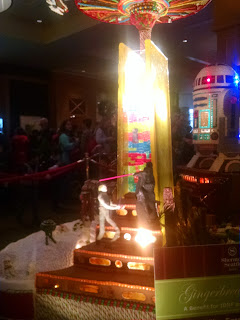 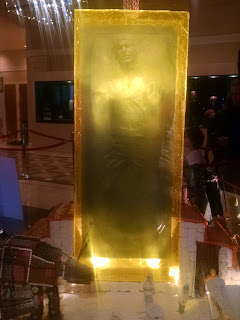 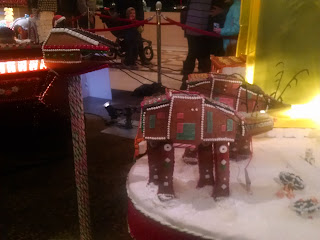 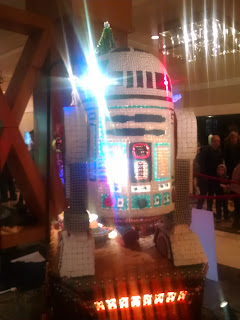 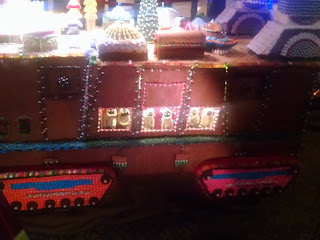 Notice the ewoks (I think that's what they are?) in those little window thingies in the middle 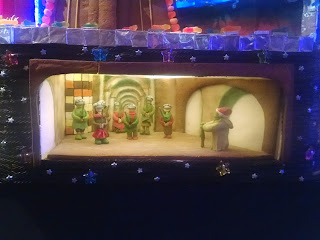 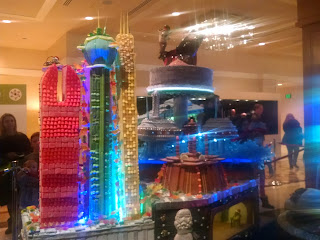 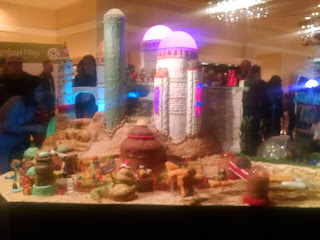 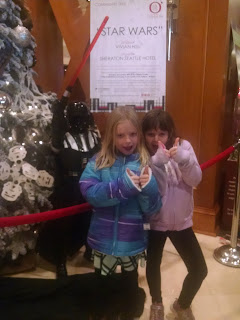 The girls posing by Darth, who they thought was "Dark Vader" until I corrected them.