Show Us Your Life - Hometown

This week's Show Us Your Life topic at Kelly's Korner is hometowns.  I consider my hometown to be Mount Vernon, Washington, where I was born and lived the first half of my life.  But the second half of my life has been lived in various places within the greater Seattle Metropolitan area, so I will talk about both.

Mount Vernon is a great town and was a wonderful place to grow up.  Famous for it's tulips and with Mt. Baker in the background (not shown in this photo), it's a goregous town. 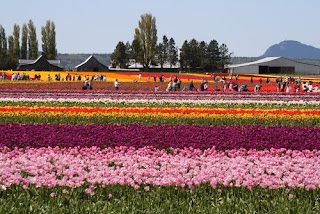 It's a smallish, but not too small, town of 26,000+ about 60 miles north of Seattle.  Everytime I go back (most of my family is there) I barely recognize it as it has grown leaps and bounds.  Actually, most of the growth is in the neighboring Burlington but everyone kind of groups the two towns together and just calls the whole area "Mount Vernon".  Oh, and the actor Jim Caviezel who played Jesus in "Passion of the Christ" hails from good ol' MV!  I went to high school with him.  He signed my yearbook.  But I digress.


So enough about MV, and on to Seattle.  The thing I like most about Seattle is that you can be on the waterfront one minute and an hour later be in the mountains (the goregous Cascades that divide the state into the cold, wet West and the dry, hot East).  Everywhere you look, 360 degrees, goregous mountains can be seen.  Yet, at the same time there are goregous water views of Elliott Bay, Lake Union and Lake Washington. 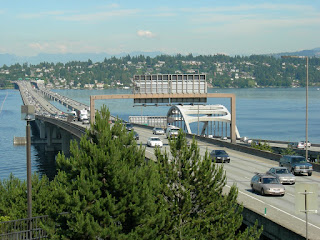 I love driving across the bridges.  This is the I-90 bridge connecting Seattle and Bellevue.

It doesn't rain as much as everyone thinks, in fact most of the last several summers have been absolutely goregous.  There are outdoor festivals, concerts, tons of culture, the awesome Pike Place Market, the Space Needle, and let's not forget, the birthplace of Starbucks! 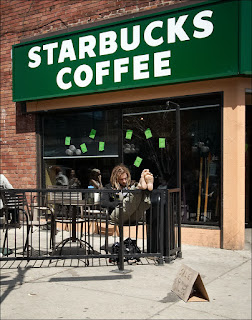 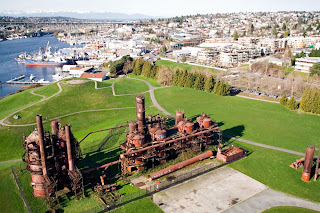 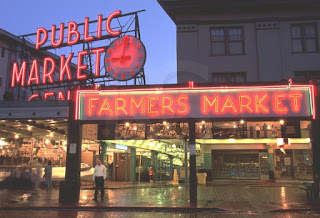 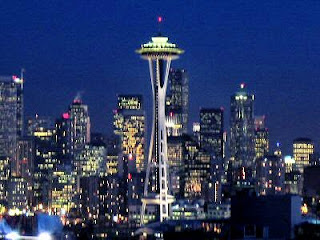 The Seattle Skyline at night.  Awesome.

And while the midwest has tornados, the east coast has hurricanes, California has smog and even more horrible traffic and the southwest has extreme heat, all Seattle has to worry about is the occassional earthquake, none of which have been devastating, although the "Big One" is much anticipated.  That, and horrible sports teams (although they have had their shining moments).
Posted by Jill at 3:01 PM