The Pool Debut and the Girls' First Hike

What a great weekend we had.  It was in the high 70s on Saturday and low 80s today.  Paul ran the Cinco de Mayo half marathon with a friend on Saturday morning so the girls and I went to cheer him on, then after lunch we broke out the pool for the first time this year.  Later in the afternoon we had several of the neighbor girls over playing.  Our neighbors, the parents of two of the girls that were here playing, brought over beers and daiquiris, then we decided to have dinner together but just potluck because we had already planned on grilling steaks but only had enough for us and they had already planned on grilling some pork loin.  Meanwhile, all 4 of our girls got invited to the house of one of the other neighbor girls that they had been playing with earlier by her babysitter for pizza.  So the neighbors brought their dinner over to our house and we sat outside and ate, just us grown-ups.  It was awesome.  And then we all gave the babysitter a little tip for taking on extra kids (we all know her--they've all used her a lot and she recently was our very first hired babysitter ever).  It was a really fun evening.

Today was my Sunday to help in the girls' Sunday School class.  Normally we go to church first service (9 AM) and then we have an ABF (Adult Bible Fellowship) class at 11:00 but oftentimes we don't make it to the first service so we will skip our ABF and just go to the late service, or miss the service all together and just go to our ABF class.  But today Paul stayed home and just the girls and I went to their class and came straight home after.  They played in the pool for awhile and then Paul took them on their first hike with the same neighbors we hung out with last night.  I didn't go because I had some errands to run instead.  After the hike, the neighbor girls came over to play in the pool again, then we had Papa Murphy's pizza for dinner and then gave the girls a much needed bath.  They were SO worn out and tired that they crashed at 8:15.  They probably would've crashed earlier but that's just what time it ended up being by the time we did baths and the whole bedtime routine. 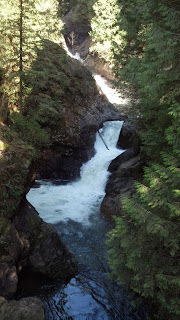 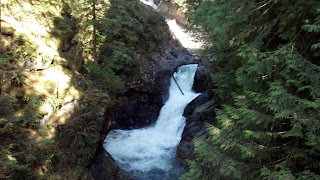 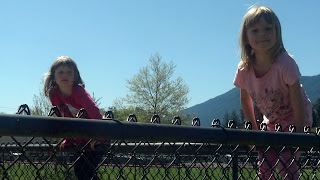 Climbing a fence after daddy's race 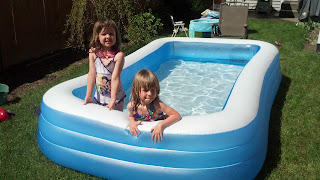 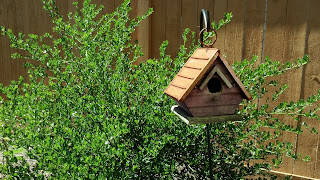 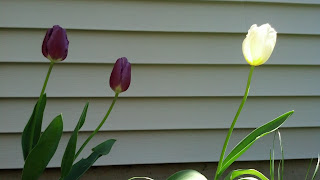 We used to have a whole row of tulips in our yard but when the girls were only 2 they dug 'em all up.  Except these 3.  We need to plant more bulbs this fall I guess. 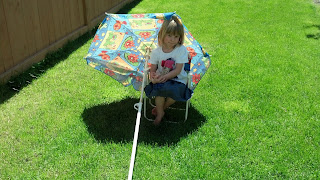 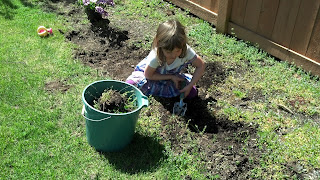 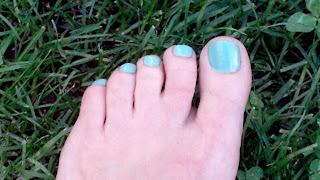 My new nail polish.  Revlon eclectic.  I've seen this or similar around a lot lately and really like it.  It's kind of a pale sea green.