I took the girls to the North Bend farmers market/outdoor concert last night (Paul was hiking with a friend but they met up with us later).  The park where this event is held has a brand new playground so the girls mostly wanted to just play on that but since the stage was right next to it, I was able to just sit and listen to the music while they played.  It worked out well. 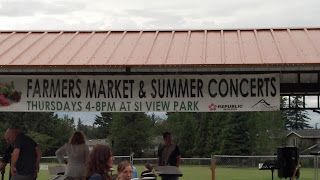 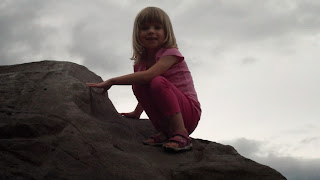 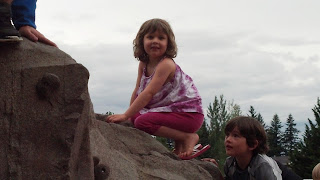 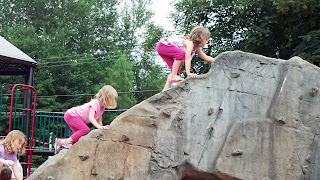 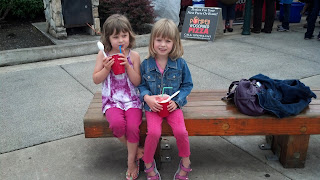 Having a shaved ice


Technically I could cross farmer's market off my bucket list also, but there is another bigger and better one in Issaquah on Saturdays so that's the one I really want to go to.
Posted by Jill at 10:02 PM