Memorial Day at the Zoo

The girls got a zoo pass for their birthday and we had yet to use it so we had the grand idea of taking them yesterday.  But, being Memorial Day and all, it of coursed rained.  And like a complete moron who should have totally known better, I didn't bring anyone's raincoats or even an umbrella (it was barely sprinkling when we left our house).  Duh!  I guess I was thinking that if it was that bad we'd just leave, since with the zoo pass we can go anytime (for a year) and it doesn't cost us anything (except $5.00 to park).  Anyway, it was kind of miserable.  There was a light rain when we got there (more than what we had at home when we left) and it just started raining harder and harder the longer we were there.  But it wasn't cold, so we were ok just dashing in-between covered areas and trees and what-not.  Meanwhile, we got to see the giraffes up close, being moved from one area to another which was really cool and had good views of the elephants and some oragutans.  But as we got wetter we got cold and that's when it really turned miserable.  So we found the indoor reptile house and got to warm up in there while we looked at snakes and lizards and turtles, which the girls really got a kick out of.  After that, the rain finally let up but we decided it was time to go as we had packed a picnic lunch but there was nowhere dry to eat it.  I fed the girls in the car and we got home just in time for their nap.  All in all, it was still a fun time but we're going to go again on a nice day. 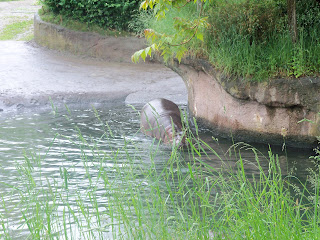 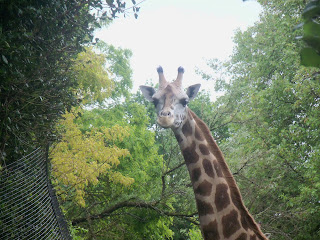 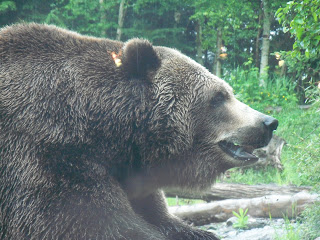 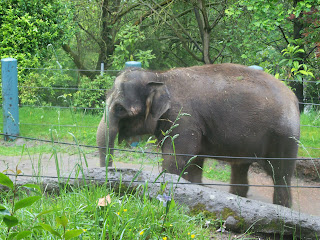 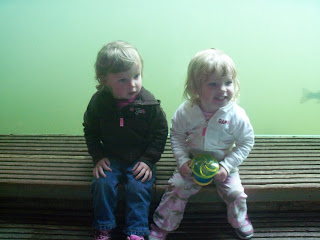