Today was one of those blah days where we just quite never made it out of the house.  I had intended to go to Target and the grocery store but had so much to do around the house and the girls were playing nicely, for the most part, so I just decided it could wait until tomorrow.  Meanwhile, we've been doing some other fun stuff in recent days.  We had a really good stretch of good weather last week so we went to a few different parks, including this one with a train that we hadn't been to since last summer. 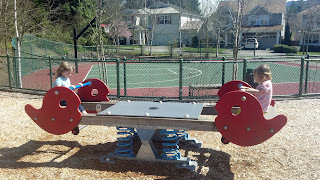 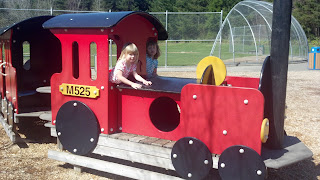 Tuesday we used up our Living Social voucher for 3-2-1 Bounce (3rd of 3 sessions). 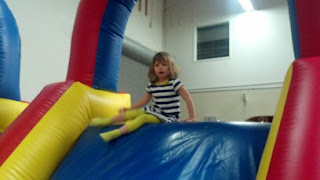 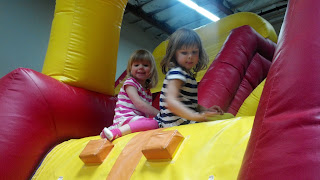 It's supposed to be another nice weekend (that'll make THREE in a row--so rare for April!) so I'm hoping to plant some flowers in our flowerboxes on the front of our house and other miscellaneous yard work.

The girls got scooters for Christmas, but they still need to be assembled, so hopefully we'll get that done this weekend.

We also still need to paint the girls' room as part of the new beds/redecorating project, but I haven't had time to look through the swatches and decide on a color.  I want to narrow it down to two or three shades (we're going with purple) and then get samples.  Maybe I'll have a better chance of actually liking the color once it's on the wall that way.  I've had bad luck choosing paint colors so far. 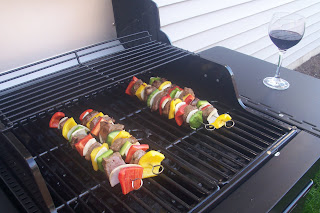